Microsoft Office for iPad tipped for unveiling on Mar. 27

A while ago word surfaced  that the long-awaited Microsoft’s Office for iPad would be arriving in the first half of this year but a new report on Monday claims the Office for iPad may hit the App Store as soon as Mar. 27, it will be introduced during CEO Satya Nadella’s press event next week. 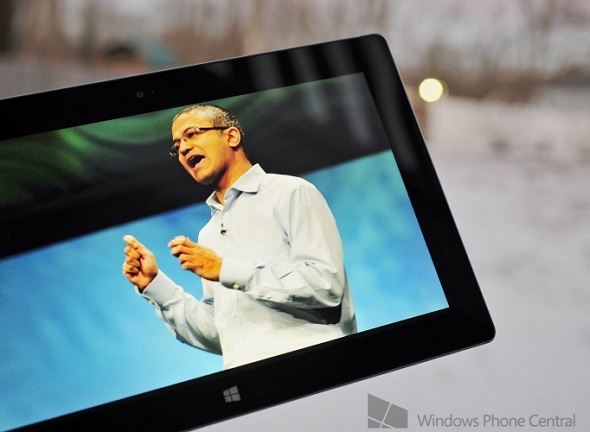 Analysts estimates that Microsoft could be losing out on up to $2.5 billion per year in revenue from Office for iPad, which has now sold nearly 200 million units

Nadella, who replaced long time CEO Steve Ballmer earlier this year, will address the media and industry executives in San Francisco, the first press conference he will hold since taking on his new position at Microsoft. In the event, he will unveil the direction he sees Microsoft heading with his mobile first, cloud first strategy. Nadella will be unveiling Office for the iPad as a major news item during that press gathering.

According to reports, for years Microsoft has been pressed on by investors to adapt its Office suite for Apple and Google’s mobile devices. Analysts estimates that Microsoft could be losing out on up to $2.5 billion per year in revenue from Office for iPad, which has now sold nearly 200 million units.

Microsoft first unveiled an iOS version of Office for the iPhone in June last year. Most believe that  the iPad variant of Office, codenamed Miramar will be similar to the iPhone version and it is speculated that one might require a subscription to Office 365 for editing and creating documents in Word, Excel, Powerpoint and OneNote. It is still unclear how Microsoft plans on charging for the suite.

The reveal will come weeks ahead of Microsoft’s Build conference in San Francisco in early April, where the company is expected to outline Windows Phone 8.1 and the Windows 8.1 Update. A preview of Windows 9 is also expected to be part of the event, though nothing has been officially confirmed.

Microsoft recently introduced plans for a one tablet/one computer version of Office 365 for $6.99 (USD) per month or $69.99 (USD) per annum (estimated retail price) which is cheaper than the full version that sells for $9.99 a month or $99.95 a year. The full Office 365 version allows up to five computers to use the applications included in the subscription.

Anna Domanska
Anna Domanska is an Industry Leaders Magazine author possessing wide-range of knowledge for Business News. She is an avid reader and writer of Business and CEO Magazines and a rigorous follower of Business Leaders.
« Google Drive gets substantial price reductions
Google now develops Android platform for wearables »
Leave a Comment
Close