Microsoft LTE Windows Phone Expected to be Out by Early 2012 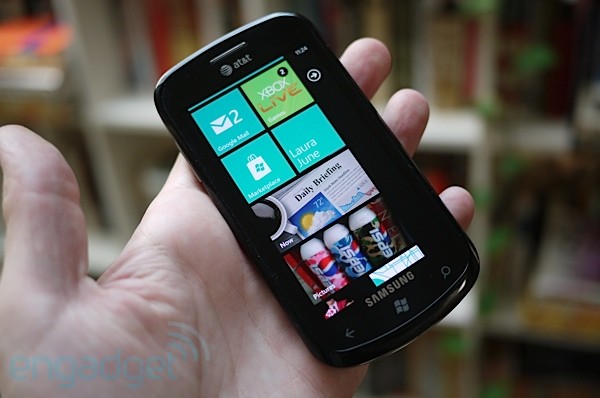 Microsoft saw two big events in 2011 for Windows Phone, One: Nokia announced that it would dump Symbian and switch to Windows Phone and Two: Microsoft shipped the Mango update almost to every user.

There was a leak Thursday that Microsoft offered a view that was trying to invade the smartphone market from the bottom up. The fresh report said that Microsoft has plans to launch several LTE Windows Phone devices in 2012. Now, the hot news is that Microsoft is already planning to major updates, Tango and Apollo (as coded) in 2012.

Tango is structured to target the low-end market in order to compete on prices, while Apollo will target the higher end smartphone market. Microsoft is expecting increased sales and improved businesses. To some degree this does make sense, considering that Microsoft sees itself as the platform for those who want to buy their first smartphone.

But the fact is that competing at the low end would be difficult for Microsoft, especially with Google Android already aggressively addressing this market with several devices that sell for $50 or less with a two-year contract.

The big news is Microsoft will be launching a number of LTE Windows Phone in 2012 that will be offered on AT&T network. The three phones on the list are: the Nokia ACE, HTC Radiant, and Samsung Mendel to arrive by the middle of the year. The ACE, particularly, is set to launch on March 18. Though this is not official as yet, it will be unveiled at CES next month. Both, HTC and Samsung are known for launching handsets that run on Windows Phone 7 operating system. It has been reported that HTC and Samsung would be coming up with handsets that run on a pre-Tango version of Windows Phone supporting LTE.

LTE’s support is the key to the success of the Windows Phone platform considering that it tries to compete with Google Android and Apple in the U.S. market. None of the Windows Phone smartphones on the market support LTE at present. However, the fact is likely changing. Verizon Wireless and AT&T have already begun testing LTE-enabled Windows Phone devices in their labs.

But, the big news apparently means that Verizon might not get a chance to test the Lumia 800 on its LTE network, like reported previously.

Even though Verizon Wireless is the leader and dominates the carriers market in terms of LTE today, it makes sense that AT&T would be the first to introduce the first Windows Phone LTE devices. Verizon has already made a big ventures with Google Android devices for its LTE network.

In the mean time, AT&T has already built relationship with Nokia, which is likely to give a big push to the wireless carrier with its Windows Phone devices in the U.S. in 2012.

Well, if Microsoft adds more advanced features, like LTE in future, while also being able to address the low-price end of the market, it may possibly have a chance of success. And Microsoft certainly will have lots of people expecting some big announcements with regards to Windows Phone at CES.