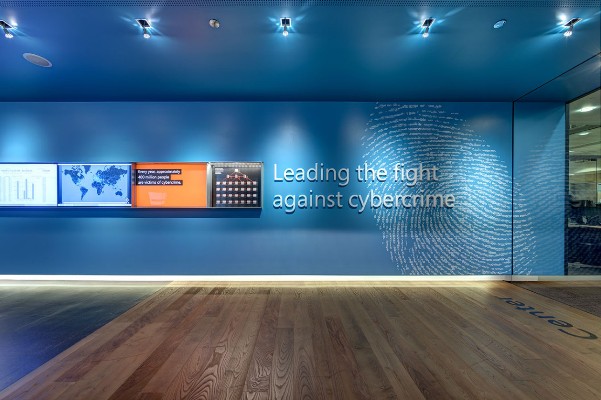 Microsoft Corp informed on Thursday that its digital crime unit had disrupted the biggest network of compromised personal computers since its battle against organized online criminals was initiated three years ago. The tech giant partnered with the FBI, the Europol’s European Cybercrime Centre, and other tech industry allies in order to solve the case involving around 2 million of infected machines across the world.

How the case was solved

The Redmond-based company filed a lawsuit in Texas and resulted victorious, winning a judge’s order which instructed Internet service providers to block all web traffic to 18 Internet addresses that were used to direct fraudulent activity to the individual infected computers. Furthermore, Law enforcement in several European countries sent warrants simultaneously, seizing servers expected to contain further evidence about the leaders of the ZeroAccess crime ring, dedicated to “click fraud”. This kind of organized online criminal gangs use networks of captive personal machines, best-known as botnets, arranged in complex schemes that force them to click on ads without the infected computer owner’s knowledge.  In addition, the scheme cheats advertisers on web browsing engines by making them pay for interactions that have no opportunity of leading to a deal or sale. For instance, Microsoft disclosed that the botnet had been costing advertisers on Google, Bing, and Yahoo approximately $2.7 million every month.

This international team effort represents the eight time Microsoft has taken action against organized online criminals. In this case, the botnet is a rare example, since instead of having a central server that authorities could hunt and disable; the system was controlled with a peer-to-peer mechanism in which individual infected computers gave each other instructions. However, ZeroAccess did have a flaw: The code in the infected devices ordered them to connect to one of the 18 numeric Internet addresses blocked by authorities to get further details and information on which ads to click. Bingo!

This was a win for Microsoft and authorities; nevertheless, digital crime finds its way day by day. Currently, the tech giant’s Cybercrime Center in Redmond is working with national computer security authorities in several countries—the list includes the FBI, the Europol and National agencies in Germany, Switzerland, Latvia, Luxemburg, and Netherlands—along with different Internet service providers in order to notify individual infected computer owners. The goal is to reach as many as possible before the fraudsters are able to spread new instructions.

Richard Boscovich, Microsoft Assistant General Counsel, informed that the Zero Access operators are believed to be in Russia, while the creator of the malicious software could be based elsewhere.

Laura Gomez
« Check your password, web criminals are after it!
Motorola’s cheap smartphone: a game changer in the smartphone market »
Leave a Comment
Close