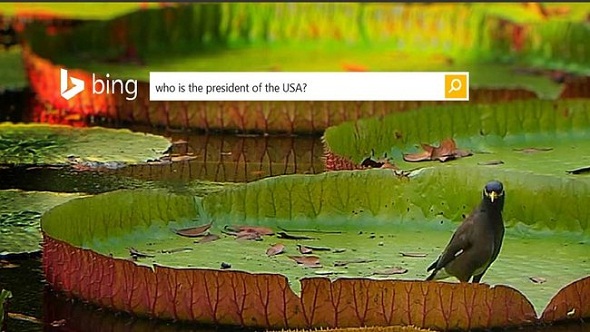 Microsoft is yet to confirm if it will be launching the programme in other regions as well.

Cloud storage is truly resourceful as it provides users the access to files wherever they are and at any time, provided that they have internet access and log on to account that are linked to cloud storage.

In an apparent effort to entice customers, software giant Microsoft is offering users a somewhat insane cloud storage deal for storing their important files. The company will give 100GB of free OneDrive cloud storage for a period of two years to the users of the Bing Rewards program (Microsoft’s loyalty program that rewards users for using its search engine).

The offer by Microsoft is the latest in a series of attempts by tech giants to trump each other’s cloud storage offerings in an effort to lay claim to users’ data. The result has been the continuous sliding prices for cloud storage as the major storage players have sought to reduce prices, increase services, or both.

To avail Microsoft’s offer of 100GB of free storage on OneDrive, which is the company’s cloud-storage offering that was earlier called SkyDrive, users will first need to create an account with Microsoft. From there they can create an account with Bing Rewards to see the offer of free 100GB of OneDrive storage in the Earn and Explore category on the Bing Rewards dashboard.

Although no Bing credits will be deducted from the users account and the only catch is that users must be ready to receive promotional emails from the Redmond-based firm. At the moment the offer is only open to customers in the United States. Microsoft is yet to confirm if it will be launching the programme in other regions as well. Meanwhile, existing Bing Rewards members can grab the offer without having to do anything. Microsoft’s offer ends February 28.

In comparison to the free cloud-storage promotions from Dropbox and Google, Microsoft’s offer of free 100GB OneDrive cloud storage for Bing Rewards members is a fairly attractive deal. The Microsoft deal is most likely to appeal to customers who use various cloud storage systems.

After the two year period, users will have to pay minimal charges to continue with the 100GB plan. Microsoft charges only $1.99(about £1.31, or AU$2.56) per month for the 100GB plan, working out at approximately $24 (around £16 or AU$31 across the whole year, which is undeniably very reasonable given the space users already have.

Soon after Microsoft announced the offer, many online users already claimed their free worth of cloud storage which is an unique offer anyone would not want to miss.