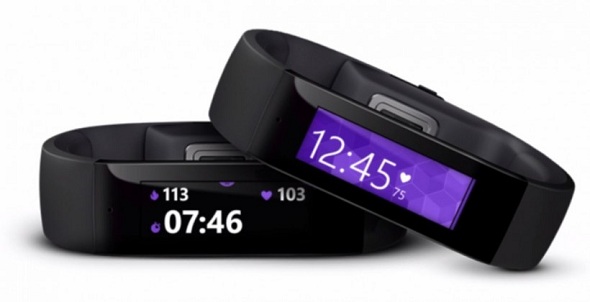 Microsoft has finally entered the crowded wearable-computer market with its first major wearable device. It’s called Microsoft Band, and it comes with both watch and fitness tracker features that analyse health, sleep data and more.

“This is just the beginning of a multi-year vision for Microsoft in the health & fitness and wearables category,” the company said in an emailed statement. “We want to enter this space in a deliberate and measured fashion and as such are launching first in the United States.”

Microsoft Band will work with all major mobile ecosystems, including Android, iOS and Windows Phone, with a sync app for Macs as well. The Band is designed to be worn by its users all day and has a strong emphasis on fitness. The Band comes with built-in GPS and 10 sensors that can track things like goals, heart rate, steps, calorie burn, and sleep quality. The device also displays notifications from the smartphone. The notifications include emails, call and text alerts, as well as access to Facebook, Twitter alongside weather and stock information. The company promises 48 hours of battery life on a single charge.

The band even works with Cortana. Users can set a timer or alarm, and if they have Windows Phone 8.1, Cortana can take notes or set reminders with the user’s voice. “She’ll give you driving directions and keep you on top of traffic, sports, stocks, weather, and more. She is ready to help whenever you need it,” the company states.

Microsoft Band will be incorporated into a new fitness-tracking service by Microsoft called Microsoft Health, in which the company sees an opportunity to bring devices and services together to let end users to combine the data they gather and use the power of the cloud to turn that information in to something much more valuable.

Microsoft says the Band is designed to work with third-party apps developers, including MyMapFitness, RunKeeper, and Starbucks, which has developed a payment app of sorts that lets Band owners pay for coffee with only a gift card barcode.

Priced at $199, Microsoft will begin selling its new Band on Thursday through the company’s physical and online stores.