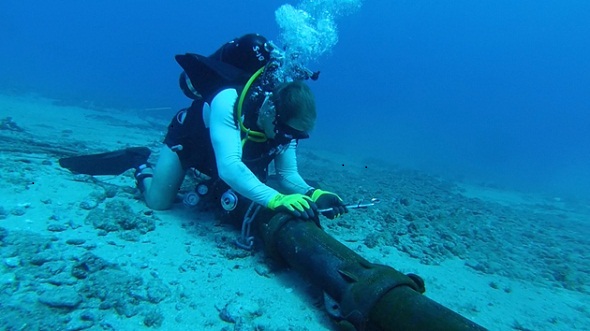 Microsoft has made deals with fiber providers Hibernia and Aqua Comms to connect their datacenter infrastructure.

Microsoft is investing in several subsea fiber optic cables to connect data centers across the world and in support of increasing data network needs. On Monday, the company announced new partnerships and investments across both the Pacific and Atlantic oceans.

David Crowley, Microsoft’s Managing Director of Network Enablement said in a statement that their investments are getting stronger with new partnerships that will help speed-up data connections and capacity while reducing latency for their cloud infrastructure.

Across the Atlantic, Microsoft has made deals with fiber providers Hibernia and Aqua Comms to connect their datacenter infrastructure between North America to the United Kingdom and Ireland. The cables will travel through Halifax, Canada, Ballinspittle, Ireland and Brean, UK.

Microsoft also announced an Asian route through the Pacific Ocean. The company has entered a New Cross Pacific Consortium with China Mobile, China Telecom, China Unicom, Chunghwa Telecom, KT Corporation SoftBank Mobile Corp, and TE SubCom to construct The New Cross Pacific Cable Network, which will link together Hillsboro, Oregon with China, South Korea, Taiwan and Japan. As part of the consortium deal, Microsoft will build its first physical landing station in the US.

Crowley said that under Sataya Nadella’s vision of making Microsoft a mobile-first, cloud-first company, their Commercial Cloud segment grew by 106 percent and the company requires a powerful subsea strategy to make sure customers experience high availability access to their data.

Microsoft’s new partnerships are a part of the company’s efforts to remain competitive in the cloud service sector, where costs for services continue to decline. Both Facebook and Google have already made huge investments in undersea cables that reach Asia.

Microsoft says its subsea strategy is significant to the expansion of its cloud services, which include Office 365 and Azure. Microsoft’s latest earnings statement stated that Office 365 had nearly 10 million subscribers.

Missing from the list are the Australian data centres in Sydney and Melbourne which Microsoft launched in 2014. People using Australian centres are depending on geo-redundancy between the two cities and do not want their data to go offshore.