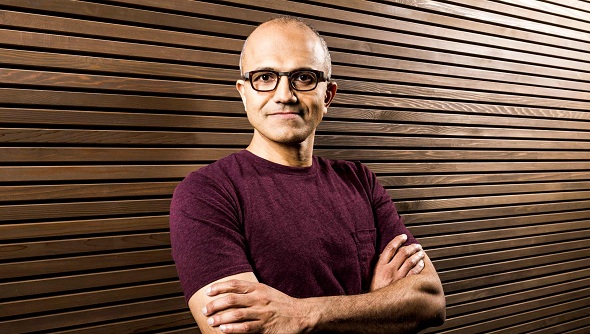 (Image: Microsoft CEO Satya Nadella) Microsoft’s CFO Amy Hood alleged to investors that Microsoft’s objective was to cut $600 million in costs within year and a half of the Nokia deals end.

“Fundamental Cultural Changes” – that’s what the 3,000-words long memo from Microsoft CEO Satya Nadella promised to its employees. Yet all his discussions of rejuvenating the organization has got some of the top industry leaders into believing that what Nadella truly means is ‘layoffs’.

Let’s rewind a little bit and from the July 10 letter sent which sets out on what could be a major makeover seen from any of the tech giants so far in Silicon Valley: “Nothing is off the table by the way we consider moving our society to convey on this center method. Associations will change. Mergers and acquisitions will happen. Work obligations will develop, necessities will be balanced”.

July 22 is the date set when Microsoft will announce its earnings results for the final quarter of the fiscal year 2014, and a plausible day when the organization will precisely state how these progressions will occur.  In the month of July, Nadella and leaders at Microsoft plan to disclose more information on the “engineering and organization changes we believe are needed.” Through the $7.5 billion acquisition of Nokia’s handset division as well as the 25,000 workers previously employed by Nokia are now a part of Microsoft. During the earnings call for Q3’14, Microsoft’s CFO Amy Hood alleged to investors that Microsoft’s objective was to cut $600 million in costs within year and a half of the Nokia deals end. Hood said that further talk of “any one-time integration and severance talks” would be tabled for the approaching July 22 earnings call.

How much will Microsoft cutback?

The question remains: will cutting down costs measures apply to Microsoft’s non-Nokia operations also? Microsoft at present has up to 100,000 employees over the world, excluding Nokia. “Every team across Microsoft must find ways to simplify and move faster, more efficiently,” Nadella mentioned in the memo, further adding the objective of leveling the organization and creating much leaner business processes. As a part of such organization shift, Nadella was asked Microsoft’s top leaders to evaluate opportunities and to improve – simplify their operations. According to a Gigaom report published last year in June, forecasts envisioned major job cuts en route Microsoft, refering to organization insiders who anticipated that to the extent that 10 percent of Microsoft’s total workforce could be laid off. While analyst Rick Sherlund from Nomura Equity Research expert speculated that 5 to 10 percent cutback is expected. Nadella’s memo more or less refers to changes within Microsoft’s engineering structure. All engineering groups in next to no time have their Data and Applied Science resource committed to characterizing calculable outcomes for their products.

“You will see fewer people get involved in decisions and more emphasis on accountability”.

Former Microsoft CEO Steve Ballmer led the organization’s last significant reconstructing in June 2013, with an email titled “One Microsoft.” Ballmer’s note hinted that expansive shift was impending. Later in September, the Microsoft-Nokia deal was first made public, where Ballmer in another note to employees expressed that “finance, legal, HR, communications, DX/evangelism, customer car and business development along with ICM/IT” would “integrate functionally”. Last time Microsoft witnessed major layoffs was in 2009, when Ballmer laid off 5,800 employees across the organization.