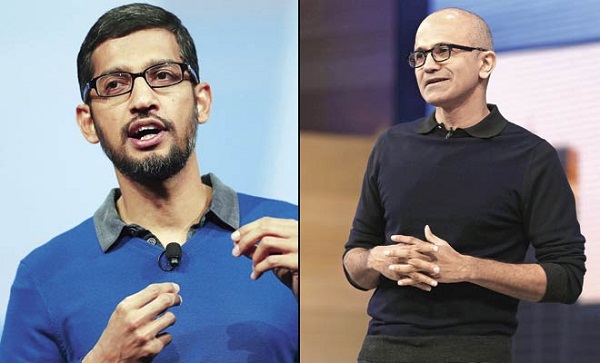 Microsoft and Google have decided to end their ongoing patent wars, agreeing to dismiss all outstanding patent lawsuits before courts in the US and elsewhere.

Both companies said Wednesday that they had agreed to dismiss around 20 patent lawsuits brought to court over the past five years over royalties for patents related to smartphones, Wi-Fi and Web video protocols.

The companies did not disclose the exact terms of the agreement, however they did say that they had agreed to join forces on patent matters and that they would likely work together in other areas in the future to benefit customers. The companies declined to elaborate on what that collaboration entails.

The settlement seems to mark a new chapter for the two companies, which have historically been rivals over smartphone patents. The dispute resulted in a series of patent suits filed in recent years by the two companies, hoping to extract royalties or get their competitors’ devices banned from sale in the US altogether.

It all began in 2010 when Redmond, Washington-based Microsoft accused Motorola, later acquired by Mountain View, California-based Google of infringing on a number of Microsoft’s patents. Motorola counter-sued, claiming that Microsoft had infringed on 16 of its wireless and Web video patents used in Microsoft’s PC and server software, Windows Mobile, and Xbox systems.

Microsoft, along with other major companies like Apple licenses patents from companies like Google for their products. Some of those patents have been regarded as essential patents, which means, the company owning them is required to offer them on a fair, reasonable and non-discriminatory basis. Microsoft also sued Motorola, claiming that Motorola was charging way too much for its essential patents.

In 2013, Microsoft won its case when US District Judge James Robart said the company should be paying $1.8 million a year for royalties on the patents it uses. Motorola had demanded $4 billion per year.

Google too entered the battle in 2011 after acquiring Motorola Mobility. The search giant argued that the royalty rates applied to the patents were fair. While under Google’s ownership, Motorola even tried to overturn the Microsoft patent ruling, but that effort failed.

In 2014, Google sold off Motorola Mobility to Lenovo for $2.9 billion, however it continued to still be a part of the case because it kept Motorola’s patents, including those involved in the Microsoft case.

Christy Gren
Christy Gren is an Industry Specialist Reporter at Industry Leaders Magazine she enjoys writing about Unicorns, Silicon Valley, Startups, Business Leaders and Innovators. Her articles provide an insight about the Power Players in the field of Technology, Auto, Manufacturing, and F&B.
« Fructose and Sugary Beverages can increase the risk of Health Issues
Influential Leadership- Gandhi who inspired Obama, Steve Jobs, Modi, and more »
Leave a Comment
Close