For anyone who has negotiated contract proceedings via fax already knows for crying out loud how much we would appreciate a smart electronic solution. We have all been victims of the turgid process of receiving a contract, signing it, scanning it and faxing it and repeating it virtually countless number of times. The good news is that tech giant Microsoft seems that have taken that problem off our lives by joining hands with DocuSign.

Microsoft has reportedly signed a long term strategic partnership deal with DocuSign. VP – Marketing of Microsoft Office John Case has said that the integration of DocuSign’s eSignature apps with Office 365 will help their customers keep transactions digital and manage eSignature without a glitch from within Office 365.

The company said in a statement that the signature apps that integrate with Outlook, Word, Sharepoint Online and Sharepoint Server 2013 are expected to be available on the Office Store in March. Reports said that the documents digitally signed will be automatically stored in Microsoft OneDrive for Business and for full control and access. 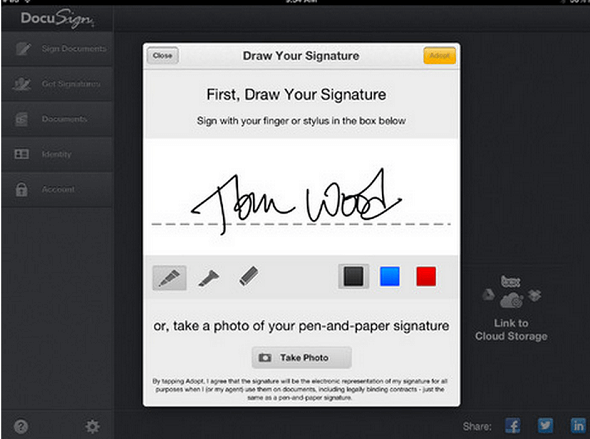 DocuSign’s eSignature apps with Office 365 will help their customers keep transactions digital and manage e Signature without a glitch from within Office 365.

Earlier, Microsoft had added eSignature support in Office 2010. Its been a trusted seal has that’s broken if content has been altered after a signature is applied. DocuSign uses a similar approach with a number of other security protections. DocuSign also adopted Windows Azure Active Directory to provide single sign-on facility with Microsoft 365 credentials.

Microsoft has made a few more developments to its suite of office productivity applications. It is planning to extend multifactor authenticity to all Office 365 subscribers in an effort to reduce users’ vulnerability to online identity theft.

The company announced last November that it has planned to introduce message encryption system for Office 365 allowing e-mails to recipients outside of their companies, regardless of the destination.