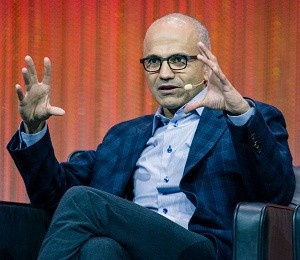 Microsoft announced Tuesday that it has acquired Israeli start-up Equivio, a text analytics service which uses machine-learning techniques to help organizations identify documents relevant to their legal and compliance needs.

The financial details of the transaction were not disclosed, but reports state that the deal could be anywhere around $200 million.

Microsoft reportedly plans to use Equivio’s eDiscover and information governance tools in their Office 365 program to sift through reams of data.

Currently, e-discovery is in great demand from large companies who have little to no idea how to deal with the enormous quantities of data they are producing and what is worthy of disposal or indeed, being crucial to the company.

“We are making this acquisition to help our customers tackle the legal and compliance challenges inherent in managing large quantities of email and documents,” writes Microsoft’s corporate vice president for Outlook and Office 365 Rajesh Jha in Tuesday’s announcement. “Traditional techniques for finding relevant documents are falling behind as the growth of data outpaces peoples’ ability to manually process it.”

Equivio’s line of Zoom products enables users to take stock of large, unstructured sets of data and quickly find what is relevant, according to Jha. Businesses can better manage their documents by applying machine learning techniques to automatically cluster documents into relevant groups and to identify unique documents.

Users are able to train Equivio’s information governance tools to identify documents according to their retention needs, such as a legal case or investigation. U.S. Department of Justice and Federal Trade Commission, law firms as well as corporations and other organisations already use the tool.

Currently there are no changes made to Equivio’s offerings, but Microsoft’s future plans for the Equivio’s stand-alone services remain unclear. According to the software giant’s spokesperson, the company plans to incorporate Equivio’s technologies into its own products and that it will share more on this in the coming future.

As a part of the acquisition, Microsoft said that it expects a sizeable number of Equivio’s present employees to join the company. They’ll be working out of the company’s offices in Israel, including the Microsoft Israel Research and Development Center.

The company will meet existing commitments with Equivio’s partners and customers however the software giant said that Equivio will not be selling its Equivio Zoom product to new customers now that the acquisition has been completed.