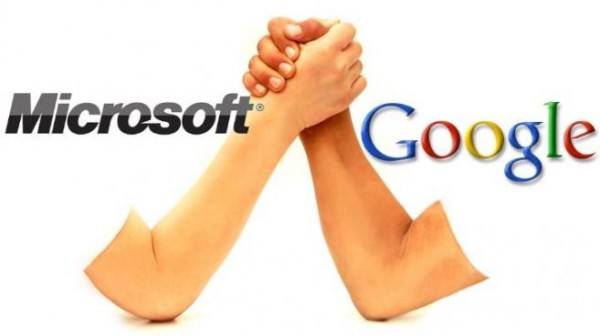 Google has been accused of manipulating privacy protections in Internet Explorer 9 in order to bypass user preferences about cookies.

Just a few days after the Mountain View, Calif., search giant accused Google for appearing to circumvent privacy protections on Apple Inc.’s Safari browser, Microsoft’s allegations came into picture. Microsoft said to a business magazine that Google has been rolling over a privacy safeguard in its Internet Explorer 9 browser that helps users prevent advertisers from placing tracking files on their computers. Apparently, there is something else going on with Internet. The thing going on is a bit different and it involves a problem that has been known about for some time by Microsoft and privacy researchers.

Dean Hachamovitch, Internet Explorer executive, wrote in a blog post, “When the IE team heard that Google had bypassed user privacy settings on Safari, we asked ourselves a simple question: Is Google circumventing the privacy preferences of Internet Explorer users too? We’ve discovered the answer is yes: Google is employing similar methods to get around the default privacy protections in IE and track IE users with cookies.”

Google Inc. had recently announced to several news agencies that it would be bringing in a few changes to its privacy policies effective March 1. The technology giant claimed that the purpose of this new policy was nothing else but to ease the use of its many products like its search engine, Gmail, YouTube and Google Calendar.

Internet Explorer 9 blocks sites from installing tracking cookies for other sites. Therefore, industrial magazines believe that Google shouldn’t be able to install a cookie for its advertising arm, DoubleClick.com. The exception is that Internet Explorer 9 does allow sites to install third-party cookies if they flash a kind of digital ID card called P3P, or the Platform for Privacy Preferences. P3P is a Web standard meant to help users exercise some control over which types of sites can install cookies on their computers and mobile devices.

The actual problem is that Platform for Privacy Preferences relies on sites like Google to help with a depiction of them, including what they will do with information they glean from tracking users. Ideally, those depictions can help users decide whether to block cookies from sites collecting advertising data, diagnostic data or any other kind of information the user would prefer not to share.

Apparently, if a web company doesn’t follow the right P3P policy format, it’s allowed to set cookies anyway. The P3P policy for Google simply says “This is not a P3P policy!” Privacy researchers have been complaining for quite a few years about this Internet Explorer’s loophole and the companies that use it.

Google’s advertising technology follows the P3P protocol making the Internet Explorer’s situation different from the one on Safari, where Google put its doubleclick.net advertising trackers on people’s computers in spite of Safari’s privacy settings.

Microsoft is using the recent disagreements to point users to its Tracking Protection Lists, a new feature in Internet Explorer 9 that lets users create lists to block trackers. Microsoft even introduced a new one Monday that aims to block Google tracking. Well, these lists block more than just cookies and aim to prevent any requests at all from tracking companies. But what about the privacy arms race? It is likely to rage on.