MGM plans to open a casino in Springfield, MA 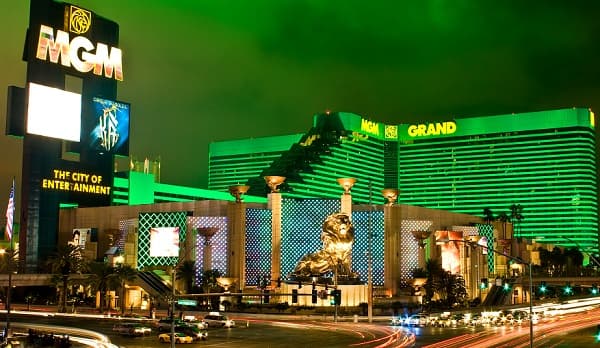 MGM Resort International, one of casino giants, will reveal its plans for an $800 million gambling resort, entertainment complex and housing development in Springfield. The casino will be built in city’s districts which were destroyed by a tornado in 2011.

A resort casino to be built in MA

MGM Resort International, the Las Vegas-based company, decided to reveal its formal announcement regarding opening a resort casino on Wednesday. The company’s official did not provide any specific details, however they admitted that architectural renderings of this entertainment complex would be presented then. The MGM plan is one of four other that would contend for the same commercial casino license.

However the MGM plan is said to be the first resort casino proposal in Massachusetts in a downtown urban setting. At the same time the project is believed to be quite unique for MGM which is famous for its Las Vegas properties, including Bellagio and Mandalay Bay as well as hotels such as Luxor or New York – New York.

The MGM plan, which certainly is regarded as a project of a big scale for Springfield, may become a chance for the town affected by tornado. The city has faced financial problems and struggled with a high unemployment rate. All of these make MGM a legitimate candidate for the casino license for Western Massachusetts. However nobody can bet on it yet. As it was stated above, three other casino companies have been preparing bids for sites in Springfield; one more rival proposal is designed for Palmer.

As soon as MGM abandoned its plans of building casino, the Rolling Hills Resort, in the Brimfield, company’s officials informed that they would look for another location for its casino in Western Massachusetts. The MGM dumped its casino plans in Brimfield because of obstacles the company had encountered.

Obstacles to be met by MGM in Springfield

Springfield authorities have been looking for opportunities which could help rebuild the city and give it a new lease on life as the city struggles with financial problems. Springfield officials are convinced that a casino would have a positive impact on city’s finances. Moreover the resort casino would restore services, which were cut by 2011 tornado, and increase employment.

However there are also “casino opponents”, who have already promised a fight to keep the sinful resort casino with its gambling industry out of the city.

It has to be highlighted that a construction of a casino in any city, town or village would require careful planning by a developer and a host community as well. Both the developer and the community need to know what they want to achieve by building it. Developers (casino owner), community and host city’s residents have to know that they would face traffic, crime, but also an increase in the local economy and appearance of happy hour. Although happy hour is not allowed in the state of Massachusetts, but casinos will probably be allowed to serve free drinks.

There are many other obstacles which would be faced by any casino developer, host city and residents. New issues would come to light every single day, so all solutions would need to be addressed. On the other hand, the resort casino, planed by MGM, would be a great chance of development for Springfield itself. The MGM plan is to reach partnerships with existing Springfield venues, thereby avoiding a common critique toward casinos that they kill the local entertainment business.