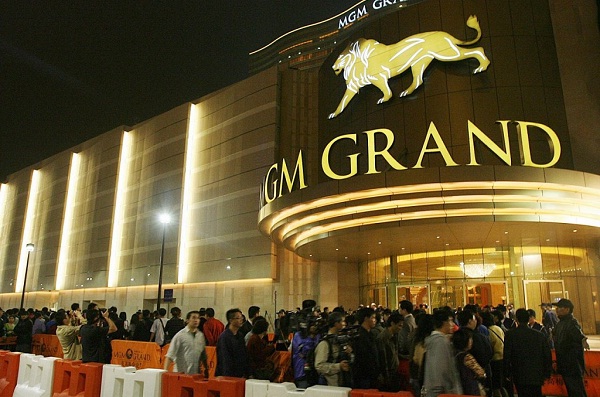 MGM China Holdings Ltd, a venture between Pansy Ho and MGM Resorts International, received an approval from the Macau authorities to build a second casino in the world’s No. 1 gambling hub, according to a statement released on the 9th January.

As Macau is getting a stronger position in the gambling market, casino operators including MGM China Holdings Ltd, Wynn Resorts Ltd, Las Vegas Sands Corp., Galaxy Entertainment Group Ltd., are more interested in the world’s No. 1 casino hub. Yes, you are not mistaken! Macau is undeniably the world’s biggest gambling center, not Las Vegas. Therefore casino operators have been intensively thinking about expanding their presence in Macau.

MGM China Holdings Ltd. won an approval for its resort which is to be located in Macau’s Cotai area, the Asian counterpart of LasVegas itself. Analysts are convinced that the approval has a significant importance for development of Macau, the only place where gambling is legal in China. These days Cotai, newly reclaimed land between Taipa and Coloane islands in Macau, is in the range of interests of  Macau casino operators which want to expand their spheres of influence.

The casino operator, MGM China Holdings Ltd., is the owner of almost 18-acre site in Macau where the new resort is planned to be built. According to the plans, the approximately $2.5 billion casino resort will include a five-star hotel with more than 1,500 rooms, gambling space with 500 tables and 2,500 slot machines, not to mention various restaurants, shopping and entertainment areas as well.

The Coati – Macau project will be company’s first casino resort development since 2009 when the casino operator launched the $9 billion CityCenter resort. Yet the Cotai-Macau construction project still needs an additional permission. MGM China Holdings Ltd. noted in its statement that its Cotai casino resort would take approximately three years to build. The casino operator is convinced that it will launch its new casino in Macau in 2016. The timing here is crucial as other casino operators are expected to open their casino resorts also in 2016.

Who would have thought that Las Vegas could lose the title of the gambling queen? Few years ago, these thoughts were unimaginable. But these days Macau is undeniably the world’s No. 1 gambling destination. Since 2002 when monopoly control of the gaming industry was loosened, casino operators have been investing there as they see a high demand for gambling and other gaming-related activities. Certainly Macau benefits from the gambling industry as it generates the economic growth from it and the gambling tourism as well.

All moves of the government positively impacted the image of Macau, thereby making it attractive for investors, including gambling giants. Just in 2007 Macau topped Las Vegas and became the world’s biggest gambling market.  Since then the gap between these two major gambling destinations has been growing. According to data, Macau gaming revenue in 2011 was about $33.5 billion, while Clark County, Nevada collected modest $4.5 billion. Analysts explain this big gap by underlining the global economic situation and recent problems faced by the U.S. economy. The emergence of the new giant in the gambling industry has been mainly driven by the gradual opening of China itself. China and Macau are giants in their categories. But the question remains: “When will China overtake the U.S. as Macau has already overtaken Las Vegas?”