Meta Vs Apple – Taking Stock of Privacy and Principles

Profit over principles? Or is it truly about serving the customer?

The Meta vs Apple saga heated up after Apple’s new operating system allowed users greater privacy control, preventing advertisers from tracking their online activity. Technology giants Meta, Facebook’s parent company, and Apple have often been at loggerheads when it comes to privacy issues. 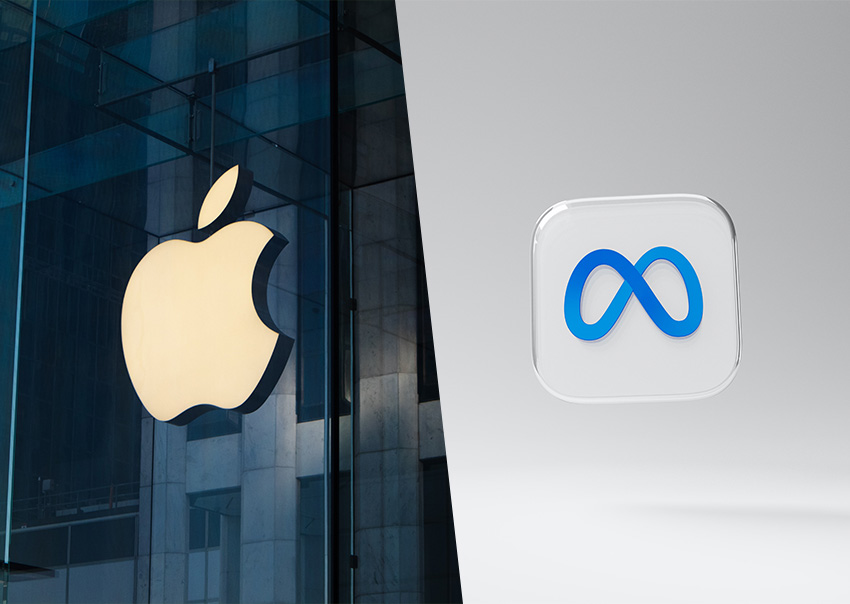 Meta Platforms and Apple Inc, have often found themselves on opposing sides, especially on privacy issues.

The two companies often butt heads over their principles. The most recent altercation in the Meta vs Apple saga occurred after Meta announced its plans to monetize the metaverse. Meta revealed that it will enable creators to monetize their wares on its metaverse platform, Horizon Worlds, and take a cut of nearly 47% for selling digital goods on its platform.

Previously, Meta, formerly known as Facebook, has called out Apple for its high fees on the App Store. Apple Inc., the parent company of Apple, takes a nearly 30% cut from sales on its online store, which eats into Meta’s profits. This time, it was Apple’s turn to call out Meta for charging nearly 50% as fees from creators.

Apple representative Fred Sainz told MarketWatch, “Meta has repeatedly taken aim at Apple for charging developers a 30% commission for in-app purchases in the App Store.” But as of today, “Meta seeks to charge those same creators significantly more than any other platform.”

Regardless of Apple’s stance, Meta’s announcement drew ire from content creators who believe the platform is exploiting its position. How this will impact the revenue and stock prices of Facebook’s parent company remains to be seen.

The App Tracking Transparency feature allows Apple users to deny permissions to apps collecting personalized data. This feature took the Meta, Facebook’s parent company, vs Apple saga a notch higher. When this is activated on a large scale, it has the potential to make companies like Facebook lose billions in revenue, as they can no longer send targeted ads.

Apple is betting on consumer privacy, as people become increasingly cautious about sharing their data and how it can be used against them.

Meanwhile, Meta’s privacy policies leave much to be desired. Facebook countered Apple’s move by taking out ads in mainstream newspapers advocating for small-to medium businesses which rely on personalized ads to find the right clientele.

As the Meta vs Apple war heats up, Meta could potentially lose nearly $10 billion in advertising revenue, as per Facebook’s parent company, Meta’s CFO David Wehner.

Meta’s stock took an historic plunge in February 2022. Wall Street panicked after Meta reported a rare decline in profits, as it bet more and more on the metaverse. Risk-averse Wall Street honchos could not stomach the less-than-expected results and Meta’s shares took the fall. Meta’s shares fell over 23%, worrying investors about its future. The fall on February 3, wiped off nearly $215 billion off the company’s market capitalization.

Analysts are also worried that the effects of Facebook’s privacy scandals and controversies will spill into the metaverse, and its path to success.

In March, you must have wondered “Why is Apple stock dropping?”. As Covid-19 rears its ugly head in China, one of Apple’s manufacturing partners, Foxconn Technology, which produces iPads and iPhones was forced to close its shutters for the time being. In Q4 of 2021, the market share of Apple in the smartphones segment stood at 22% globally.

Although investors are not too worried yet, they believe that sustained lockdowns could eventually have a big impact on Apple’s results. Despite the recent highs and lows, industry veterans believe that Apple has much more to give and consistently includes its stock in recommendations.

One such person is billionaire investor Warren Buffet who has amassed nearly five percent ownership in the iPhone maker. What is good for Buffet is good for us.

Christy Gren
Christy Gren is an Industry Specialist Reporter at Industry Leaders Magazine she enjoys writing about Unicorns, Silicon Valley, Startups, Business Leaders and Innovators. Her articles provide an insight about the Power Players in the field of Technology, Auto, Manufacturing, and F&B.
« What is the Future of Vehicles under New Fuel Economy Standards?
An Ever-Widening Chasm: CEO Pay-to-Worker Pay Ratio »
Leave a Comment
Close