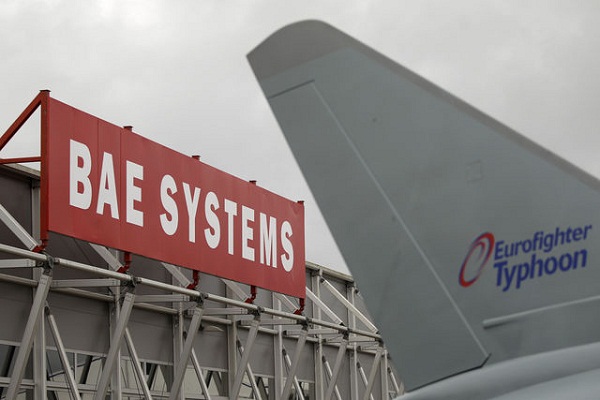 Britain’s BAE Systems and its rival EADS, the European Aeronautic Defence and Space Company, confirmed that they were talking on a $48 billion, or£30.4 billion, merger that could create the world’s second-largest aerospace, defense and security group. The merged equity is expected to generate approximately £60 billion revenues annually.

BAE Systems and EADS, which are two biggest European aerospace and defense companies, are willing to join forces to become more competitive as the industry becomes more difficult. Certainly government contracts provide steady revenue, but there is a visible trend showing that large European countries and the United States are pulling back on their military spending, which affects BAE Systems. In addition, passenger airlines, which are main customers of Airbus, have perked up at last after hard times. The BAE – EADS merger, however, would not only create the one of the world’s largest defense company, but also it would give France and Germany an interest in the Britain’s main defense contractor.

If the BAE – EADS merger is finalized, the new equity will generate annual revenues of roughly £60 billion and employ approximately 220,000 people worldwide, including 48,000 in the U.K. In addition the BAE – EADS merged company will be the main supplier of Europe’s military efforts, build Britain’s nuclear submarine and own Airbus as well. Combined equity will be the second-largest aerospace company in the world just after Boeing.

The BAE – EADS merger, however, will not be the first cooperation between two companies. BA Systems and EADS have already had major links through the MBDA missiles business as well as other projects including the Eurofighter Typhoon jet.

As it has been stated by a source familiar with the issue, the BAE – EADS merger will have a dual listed structure similar to one of Anglo-Dutch firm Unilever, with BAE Systems and EADS still listed in London and Paris as well, but operated as one combined group. Yet the British government as well as the French and German governments will be issued with new special shares to replace their interest in BAE Systems and EADS respectively.

According to the BAE – EADS merger’s deal, BAE Systems’ shareholders would own 40 percent of the new group with EADS’ investors having 60 percent in the merged company. Yet in the statement of BAE Systems and EADS there was no specific detail on who would head the new company; the board seats would be shared even, 50:50. In addition, below the new combined equity both BAE Systems and EADS will continue to have their own boards as well as executive committees.

The BAE – EADS merger is expected to overtake rival Boeing in sales and to contend with major defense cutbacks implemented in Europe and the United States as well. Experts hold an opinion that the proposed deal, which is the biggest since EADS was created in 2000, could start the wave of consolidation in the industry.

BAE Systems’ officials said: “The potential combination would create a world-class international aerospace, defense and security group with substantial centers of manufacturing and technology excellence in France, Germany, Spain, the UK and the USA.”

The BAE–EADS merger, however, will face some regulatory hurdles. The deal will have to obtain regulatory approvals of the British government and Washington, which is the BAE’s biggest customer, as well as the support of the French and German administrations involved in EADS as well.