Mercedes-Maybach Ultimate Luxury SUV Will Be Unveiled This Week

Renault Koleos is a luxury SUV for maximum comfort

Lincoln Navigator SUV will take you to Places in 2018

This luxury SUV is a four-door sedan specially crafted with a visibly formed trunk, a slight deviation from the traditional SUV shape. The craftsmanship somewhat combines the vehicle status with great luxury appearing like a 3 box sedan with very clearly visible SUV features. It has a sloping coupe roofline that eliminates the potential for three rows of seating and because of this, the vehicle will only accommodate four people as against the norm in the GLS platform which the Mercedes Benz Maybach is based on.

Its carrying capacity for four persons coupled with the size of the SUV implies that passengers will have far more headroom and legroom to stretch out while they cruise in this awesome masterpiece. The Mercedes Benz Maybach luxury SUV’s huge waterfall grille sits amidst a pair of low, aggressive and beautiful three unit headlamps. 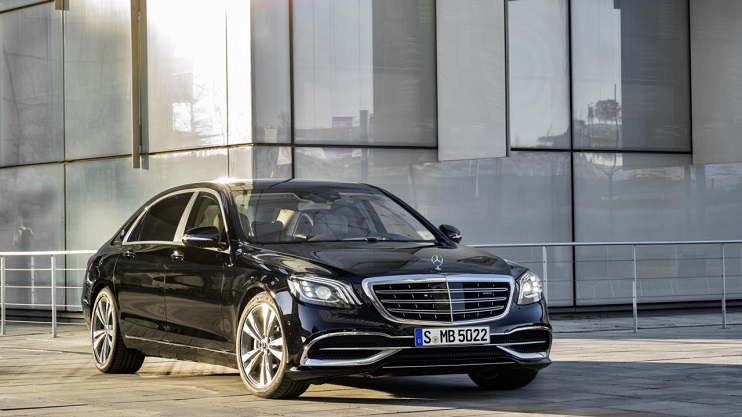 Its turbine wheels have the Mercedes-Maybach sitting a little higher than most SUV automobiles. The Mercedes Benz Maybach luxury SUV showcases a definition of a top class with an exceptionally white leather interior that exudes luxury and class with rose-gold detailing to add splendor. The Air Conditioning vents mimic the grille design outside, center console, power adjustable functionality on the doors, and Maybach logo on the center console and headrests. Diamond stitch quilting and heavy bolstering swathes passengers along with extra pillows in the rear for even more comfort. The fancy glow of the blue light detail that adorns the steering wheel add a look of grandeur to the dashboard area which is wrapped in brown leather. Also are the lower doors and in artsy ribbon designs along the door panels, which feature natural grain wood.

Consumers would ride in comfort as there’s even an elegant tea set for rear seat passengers in thecentere console which extends all the way from the front seats to the rear. Though expected largely to be available in hybrid versions the more, at the moment the Mercedes Benz Maybach luxury is an all-electric concept SUV with a flat under-floor battery design and very good for 80kw/h or 155mph with an EPA range of over 200 miles.

An electric four-wheel drive propelled by four electric motors that give an output of 750 horsepower if combined. This amazing SUV has got a DC fast charge capacity up to 350kw with an induction charging option and can have its range boosted up to 60 miles just in 5 minutes. The SUV’s production version which is expected in the year 2020 is set to come equipped with a slightly different, 500 horsepower twin-turbo V8 engine. At this moment the luxury sedan is unlike any other SUV currently and would be presented at the 2018 Beijing Auto Show.

Anna Domanska
Anna Domanska is an Industry Leaders Magazine author possessing wide-range of knowledge for Business News. She is an avid reader and writer of Business and CEO Magazines and a rigorous follower of Business Leaders.
« Ben Sillberman: The Non-Techie Who Built the World’s 3rd Most Popular Site
Plastic Eating Bacteria Could Help Fight Against Plastic Pollution »
Leave a Comment
Close