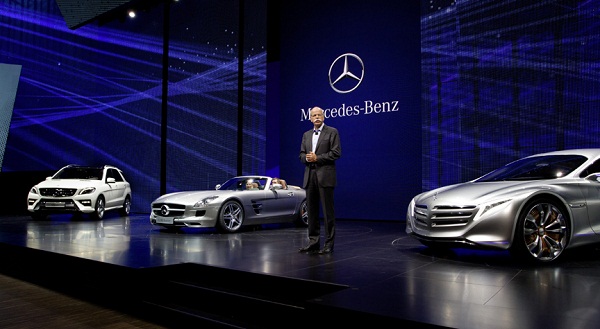 Mercedes-Benz’s new variant – the S-class convertible will go on for sale late by next spring in the US.

Frankfurt 2015 witnessed the official debut of the Mercedes-Benz S-class cabriolet, with the US nearing its sales to set a record for another year. The Mercedes-Benz’s executives forecasted significant profits for the redesigned C-class coupe and GLS crossover. With the addition of the new variants, the US will make a good mark in the market for the new S-class convertible.

During the auto show, Daimler AG board member in charge of Mercedes sales and marketing, Ola Kaellenius said that their new variants are very important for the US market, and the company is quite optimistic about the new products.

The company added that by this fall, the redesigned GLC, earlier known as GLK, will go on sale in the US, accompanying redesigned C-class coupe next spring. Kaellenius is expecting a significant growth from both the products, despite knowing that their availability will remain limited initially.

Mercedes-Benz USA CEO Steve Cannon stated that once the supplies are fully ramped up, he expects GLC to become the brand’s major supplier cross-over and surpass sales of the GLE. The GLC is in the fast-growing contract crossover segment. He added that it is going to be interesting and hot right out of the gate.

Mercedes-Benz’s new variant – the S-class convertible will go on for sale late by next spring in the US. The company hasn’t sold a full-sized convertible variant since 1971. The company’s executives aren’t projecting volume, but predict that the US will top all other markets in S-class convertible sales. The company portrays the cars’ product as a brand shaper, which will help capture a few of the most valuable customers in the markets.

Cannon said that they were excited about their products, not only for the projected volume, but also how the product will prove worthy for the brand, when it will be launched. By August, Mercedes-Benz USA’s sales climbed by 7.3 per cent to 220,870, excluding Sprinter. Kaellenius said that by the end of the year, it will set another sales record, topping last year’s record.

It remains to be seen, however, whether Mercedes can wrest the U.S. luxury-brand deals crown from BMW. In 2014, BMW guaranteed the title with sales of 339,738, versus 330,391 for Mercedes, excluding Sprinter.

Anna Domanska
Anna Domanska is an Industry Leaders Magazine author possessing wide-range of knowledge for Business News. She is an avid reader and writer of Business and CEO Magazines and a rigorous follower of Business Leaders.
« Sharp plans to roll out the world’s first 8K TV in October, for $133,000
Google Wallet for iOS revamped to become P2P Payments App »
Leave a Comment
Close