Camry Hybrid makes a comeback at the Paris Motor Show 2018

Mercedes-Benz first all-electric SUV made its first public appearance at 2018 Paris Motor Show. The company calls Mercedes-Benz EQC 400 4Matic to be “an avant-garde electric look” with aesthetics promising “Progressive Luxury”. It is the first production vehicle under the sub-brand EQ, introduced way back in 2016 at the same auto show.

“Electric drive is a major component in the mobility of the future. We are therefore investing more than ten billion Euros in the expansion of our EQ model portfolio, and more than one billion Euros in global battery production,” said Dieter Zetsche, Chairman, Daimler AG, and Chief Executive Office, Mercedes-Benz Cars. 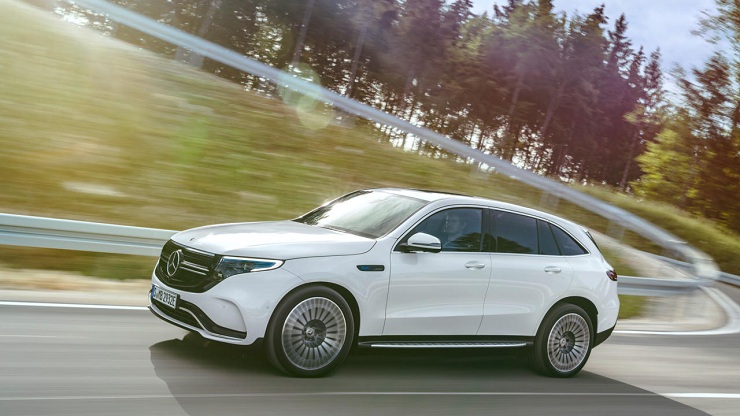 Mercedes-Benz EQC is the first production vehicle under the sub-brand EQ. Source: Mercedes-Benz

Mercedes-Benz EQC is mounted with two electric motors at the front and the rear axles, making it an intelligent all-wheel drive. The motors are placed at different locations for optimizing efficiencies of the electric SUV by shifting torque to either of the axles automatically and immediately.

The electric motor at the front provides maximum efficiency in the low to medium range while the one at the rear-end sets for reaching top speed.

The Mercedes electric SUV is powered by 80 kWh lithium-ion battery propelling a combined power of 400 hp and torque of 765 nm. The automaker claims that EQC charges from 10 percent to 80 percent within 40 minutes on a 110 kW of output.

Mercedes-Benz quoted over 269 miles of driving range on the EQC on a single charge, as per the NEDC emissions testing standard. It sprints from stop to 62 mph in 5.1 seconds and floats on the top speed of 112 mph. 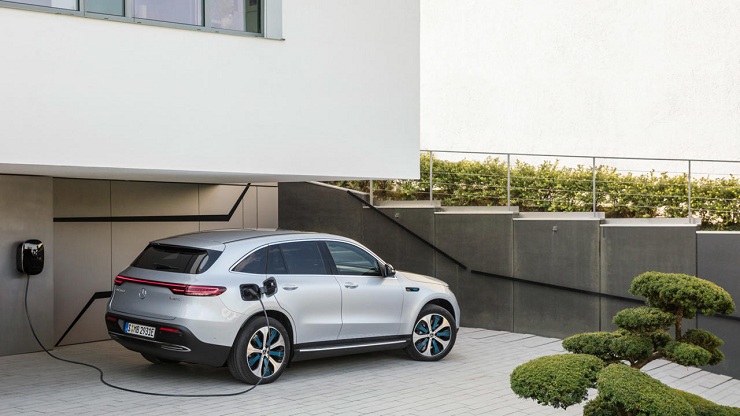 Mercedes-Benz EQC is mounted with two electric motors at the front and the rear axles. Source: Mercedes-Benz

Mercedes-Benz EQC shouts a stretched roofline and window frames confirming that the electric vehicle is a crossover SUV.

The EQC comes with the usual Mercedes-Benz design elements, though with futuristic appeal. At the front, the Mercedes electric SUV comes with a distinct huge black panel enclosing a large grille and LED headlamps. This black panel is enclosed at the top with an optical fiber connecting the headlamps.

The rear comes gets a sportier look from dual LED tail lights connected together with an edge-light technology.

The EQC comes with the usual Mercedes-Benz design elements, though with futuristic appeal. Source: Mercedes-Benz

The interiors on the new Mercedes electric SUV are familiar to other high-tech cars in the portfolio, but the model gets exclusive features too.

The instrument panel stands behind the steering wheel in a wrap-around design extending into the door.

The infotainment system and the instrument cluster are grouped together in a vertical house. The central console is equipped with a touchpad to control multiple functions on the vehicle.

Meanwhile, the ambiance lighting illuminates the control panel and air vents along with the entire cockpit.

The long instrument panel stands behind the steering wheel in a wrap-around design extending into the door. Source: Mercedes-Benz

Production of the Mercedes Electric SUV

Mercedes-Benz EQC will be manufactured in the company’s plant at Bremen in Germany, starting from 2019. The electric car is scheduled to hit the roads in the second half of 2019 as a 2020 model.

The Federal Communications Commission rejected by a vote of 3-2 on Tuesday to freeze the rollout of Ligado Networks’ nationwide mobile bro...
16 hours ago