Mercedes-Benz has finally showed off the Mercedes AMG Project One Showcar at the International Motor Show in Frankfurt, Germany. It’s the world’s first road legal car with a Formula 1 powertrain.

Mercedes AMG is built around 4 electric motors in conjunction with a 1.6-liter V6 hybrid that British racing driver Lewis Hamilton is using to lead the 2017 F1 championship. It has more than 1,000 horsepower with more than 670 of that coming from a single-turbo engine driving the rear wheels and about 320 from two electric motors at the front axle. There’s one electric motor bolted to the crankshaft and another that spools up the V6’s turbocharger. The setup will eliminate turbo lag and the throttle response will be quicker. 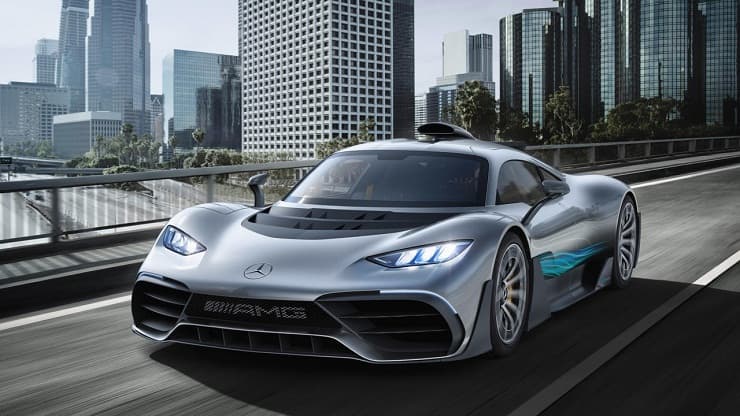 The car can accelerate from 0 to 125mph in less than six seconds and a top speed in excess of 217 mph. While Mercedes AMG as lowered the V6’s redline for durability, it still revs to 11,000 rpm.

It uses the same batteries as Hamilton’s F1 car. The system is called EQ Power+ and operates at 800 volts. 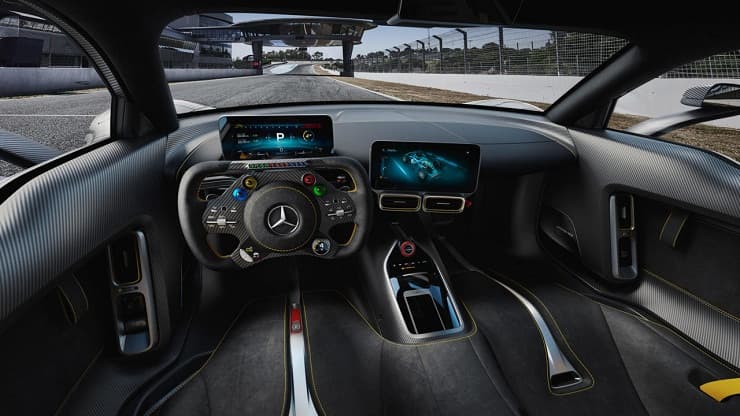 Mercedes AMG has developed a new hydraulically-operated eight-speed paddle-shift manual transmission for the Project One. The supercar features an 8-speed “manual” gearbox to enable automatic cruising or paddle-shifting The Project One is just like any other race car, as the pressure takes are the engine and transmission.

The powercar uses carbon fiber monocoque. Similarly, the seats are bolted directly to the fiber monocoque with adjustable pedals and steering wheels that move towards the drivers. The steering wheel is square and features buttons that control the car’s functions. There are buttons to control the infotainment system, a Boost function, a DRS button and a nine-stage traction control system. 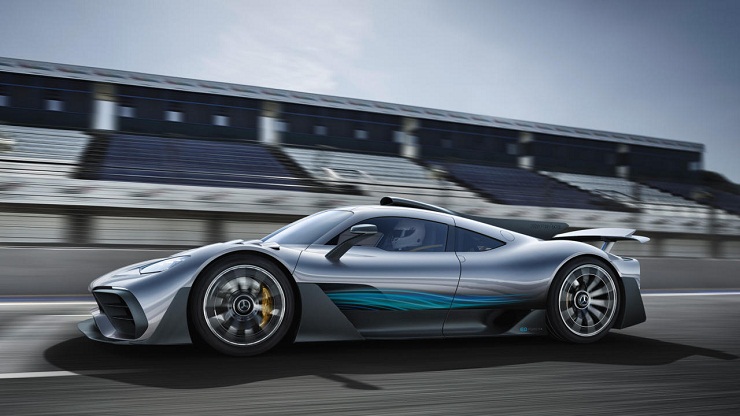 Mercedes will only make 275 Project Ones in left-hand drive only configuration, with price starting at $2.72 million (€2.275 million).

Anna Domanska
Anna Domanska is an Industry Leaders Magazine author possessing wide-range of knowledge for Business News. She is an avid reader and writer of Business and CEO Magazines and a rigorous follower of Business Leaders.
« Facebook Fined $1.44 million by Spanish Data Protection Agency
iPhone X is the ‘biggest leap’ in terms of technology or leadership? »
Leave a Comment
Close

Blackstone, the private equity firm, is planning to acquire St Modwen Properties, a logistics and housing developer, for £1.2bn ($1.68 billion) in a bid to take advantage of the P
12 hours ago