When Mercedes unveiled the GT 4-door coupe earlier this year, many fans were wondering if they could lay hands on the cheapest variant [then] starting at $127,698. There is no need for such worries; a cheaper variant is now available. The German automaker has introduced an entry-level Mercedes-AMT GT 43 variant. Sitting on the prestigious retro-flavored Monoblock wheels, the new GT 43 is inherited the same powertrain installed in the superior variant GT 53, a turbocharged inline-six 3.0-liter engine, but delivers less power, which would be enough for most people.

The new GT 43 shares similar features with other variants

While owners get less power from the GT 43 variant there’s yet good news for them. They are handed the whole shebang sooner in the rpm range and a full torque that kicks in at the same 1,800 rpm. Mercedes-AMG GT 43 has the 4Matic and all-wheel-drive system with the traditional varying torque distribution and the 9-speed automatic gearbox. The variant also has a standard 48-volt electric system and temporarily receives extra 22 hp and 184 lb-ft from its EQ BoostMercedes technology. 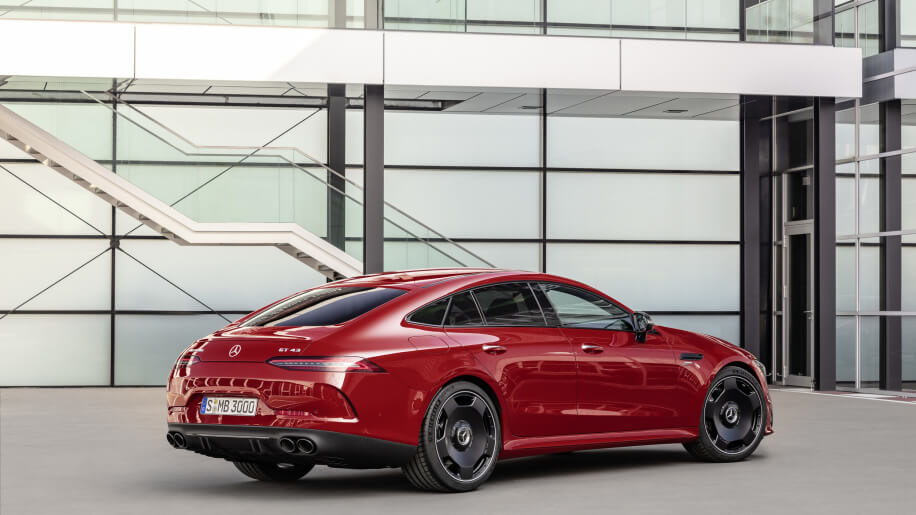 There’s no news about its availability in the US market. However, the German automaker has confirmed it would deliver the vehicles by next year.