All hail the new king!

Google’s parent company- Alphabet Inc, beats the iOS mammoth- Apple Inc to become the world’s most valuable company in Monday’s after-hours trade, throwing away the iPhone maker from its position, which it has been holding on continuously for over four years.

The shares of Alphabet Inc jumped 6% as the company revealed its estimate Alphabet Q4 earnings 2016. The combined shares of the company are now worth $554 billion, which has surpassed iOS giant’s overall shares that have a valuation of $534 billion approx. 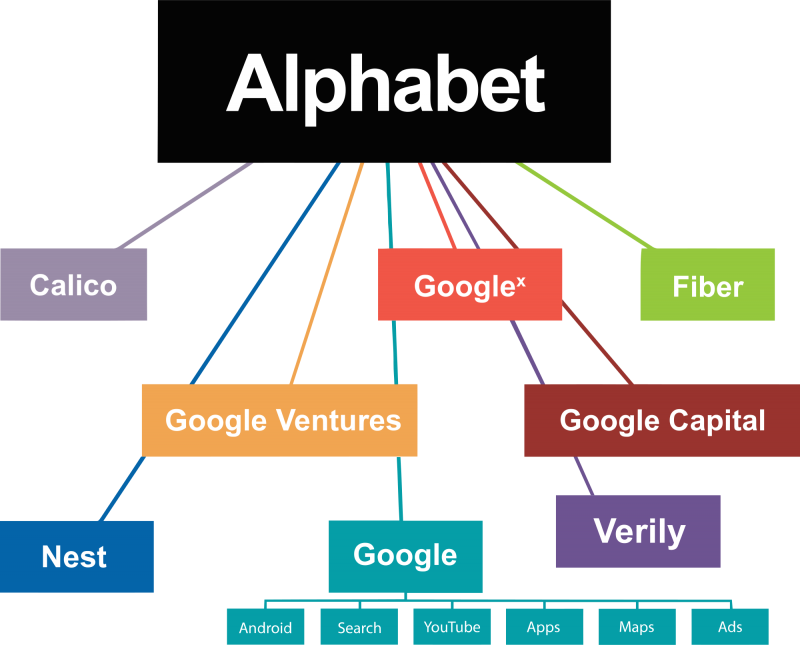 Alphabet Inc, parent company of the search engine giant, posted Alphabet Q4 earnings 2016 on Monday and it definitely surpassed the expectations of analysts, as the strong sales growth was driven by advertising.

Google’s parent company literally ended the almost four and a half year sovereignty of Apple as the most valuable company in the world. Apparently, the company surpassed all of its other high-end neighbors as well, such as Microsoft Corporation- $431 billion, Facebook Inc- $327 billion, Berkshire Hathaway- $318 billion, and Exxon Mobil Corporation- $318 billion respectively in the all-important evaluation of company’s worth.

Only last week, Facebook Inc leapt over the giant Exxon Mobil Corporation for the fourth position after showing off its fresh, strong financial quarterly earnings.

Alphabet Inc is sitting on the throne of the most valuable company due to its franchise, search engine giant, which continues to dominate the world market by raking dollars in heaps via online advertising. Through sales, the company made $21.3 billion, earning $8.67 per share.

The same path used to be followed by Apple, iPhone being its chief money manufacturing device. Apple’s last quarter in 2015 gave 99.99% corporations in the world something to be jealous of. In 2015, 74.8 million Apple iPhones were sold out, reporting revenue of $75.9 billion, while earning $3.28 per share.

But, reportedly, this quarter somehow proved to be on the softer side with a significantly low amount of sales for its flagship iPhone indicating the clear fact that the era of iPhone dominance has started fading.

Maybe this is the reason why Tim Cook is urging his company to focus on other fresh and nascent markets, rather than just concentrating on iPhone.

Alphabet Inc, on the other hand, is focusing more on moonshot projects like artificial intelligence, driverless car, wearables, and virtual reality.

Let’s hope that the launch of iPhone 7 might bring an end to the dark clouds looming over Apple.

Read more about Alphabet and Apple on Industry Leaders Magazine, a leadership magazine.

The decision came after careful consideration of several complaints by the Austrian NGO noyb. The NGO filed nearly 101 complaints with all EU data protection authorities.
6 hours ago

For years, TikTok has continued to assure authorities that data collected from US users is stored in the US, and not China as many believe. A recent Buzzfeed report set fire to the
8 hours ago