A group of Royal College of Art students has invented a virtual reality creative tool called GravitySketch that allows designers to draw in 3D without a screen or computer. 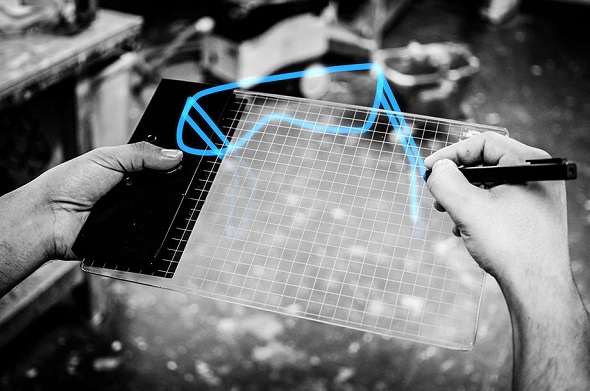 GravitySketch lets you draw images in 3D with AR glasses

Developed by RCA students – Guillaume Couche, Daniela Paredes Fuentes, Pierre Paslier, and Oluwaseyi Sosanya is a high-tech sketch pad developed so that it doesn’t hinder the creative process making 3D designing as simple as doodling on paper. The tools can work with any augmented reality headset and consists of a stylus (pen) and a pad.

It lets users create an augmented reality comparable to natural and organic sketching. The controls in the pad –a clear acrylic drawing tablet, lets users tweak the plane in which they wish to sketch, providing a strong base for volume as per their imagination to the design. The stylus movements are tracked by an Arduino board (used to program interactive objects) using radio signals and a micro controller enclosed in the black panel on one edge of the pad which then translates them into a 3D model.  No lines can be seen on the tab when sketching is in process, however, drawing float in the air just above the pad can be seen when connected to Oculcus Rift, the virtual reality glasses using a Unity 3D engine and can be rotated and approached from any angle.

How it all started

The inspiration for creating GravitySketch came from Howard Gardner’s theory of multiple intelligences. According to Gardner’s theory of multiple intelligences, human intelligence cannot be dominated by single ability, but embodied in various modes which range from the ability to lead in a test to a gift for spatial awareness.  Designers are usually startled due to intimidating tools and complex jargon that the world of 3D drawings offers, costing them a break in imagination. 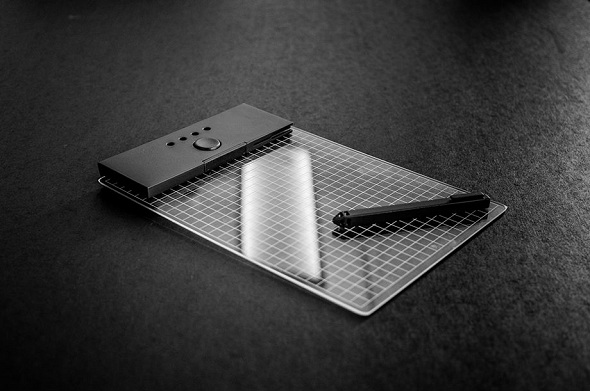 The GravitySketch team wanted to create tools that would liberate one’s spatial awareness instead of forcing them through the depressing alleys of complex jargons that are made for people who specifically come from such educational backgrounds. It is basically for everyone – passionate designers, and artists everyone who wants to create something.

In a bid to make this dream project a reality, the team started experimenting diverse techniques stumbling upon various solutions every now and them. The team soon realized that rather than making people experts at 3-D, they should focus on bringing a 2-D experience to multiple planes as a means of transforming the concept in an easy to use and cool tool.

As an alternative to testing its prototypes, the team instead talked to dancers and musicians rather than designers to understand their sense of workflow. It not only gave them a deep understanding about how different people use it differently but also motivated them to add the rotate option accidentally when they were trying to draw volumes in sections.

Currently the team is in talks with professionals from diverse backgrounds interested in utilizing GravitySketch to create on-site design of construction, vehicles, educational tools and animation. The team has even discussed with space exploration experts to look into the possibilities of visualizing mission architectures as well as orbital dynamics.