Meet Newton, a quarter sized chip set to Power your next Wearable Mini-computer

Google seems to have ramped up it moves for the upcoming battle of wearable technologies and is determined to stay ahead of competition. The search giant recently teamed up with Chinese Company, Ingenic Semiconductor to bring minuscule hardware development kits that could fit a wearable mini-computer and similar devices.

Ingenic’s chip called Ingenic Newton is the first development kit for wearable’s based on a MIPS CPU.  The chip’s integrated board is much smaller compared to the Raspberry Pi (which has inspired home automation, autonomous plane and other vivid projects) and is about the size of an SD card.

The Android Wear Partner has been specifically designed to fit miniature wearable devices and is set to target markets such as healthcare, home appliances, wearables, security, consumer electronics and many more.

A leading Chinese embedded CPU manufacturer. The company has shipped its own MIPS-based, ultra-low power CPU called XBurst which has been used in more than 40 million devices such as tablets, e-book readers, wearables etc. 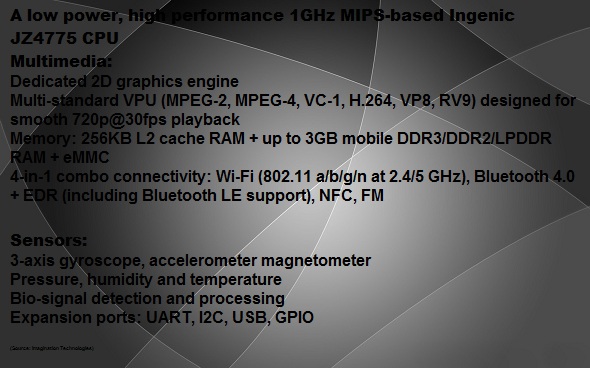 Ingenic Newton is a highly integrated solution and includes

While hoard of wearable Android wear will arrive “later in the not so distant future”, a few of them were recently showcased including Motorola’s Moto G smartwatch and others made by HTC, Fossil, LG, Samsung and ASUS using its wearable operating system.

Google has sleekly accelerated several initiatives in this spectrum to make its production swift, easy and ready-to-dispatch by the end of 2014. It has several partners that integrate with Android wear such as Intel, Qualcomm, and Imagination Technologies. Intel has released its own wearable miniature computer called Edison.

The wearable technologies global market is expect to flourish reaching $30.2 billion by 2018 according to BCC Research.

Royal Dutch Shell commences share buybacks before the end of this year while reducing its first quarter dividend to 16 cents per share, a 66% cut.
8 mins ago