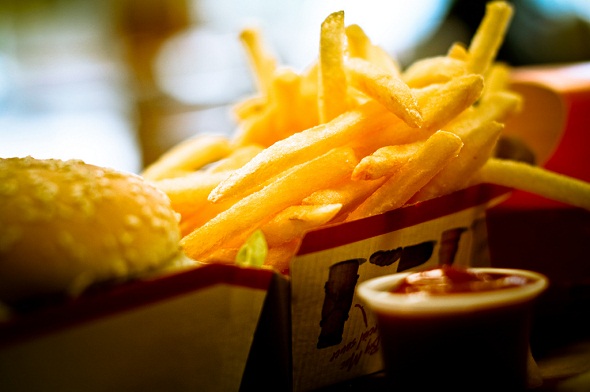 McDonald’s lovers have something to cheer about, as the fastfood company has launched its first Big Mac-patterned clothing and homeware range.

McDonald’s Swedish headquarters rolled out a capsule collection of white clothes and other products covered in images of the meaty meal. It was revealed on Tuesday at a McWalk fashion show at a mall in Stockholm, Sweden.

Currently, the new Big Mac Shop fashion line is strictly limited to Sweden only, but an international e-tail site is in the works. Part of the sales of the merchandise from the Big Mac fashion line will be donated to the Ronald McDonald Children’s Fund, as per the company statement.

The fashion launch was part of McDonald’s ‘I’m Lovin’ It 24’ marketing campaign. The campaign exhibited 24 crazy McDonald’s-themed events in 24 cities over 24 hours. The events caught the attention of people all over the world.

This included musical burger boxes in Auckland, a giant coffee-cup-shaped ball pit in Sydney, a McBike Thru in Copenhagen and a free Ne-Yo concert in Los Angeles. Recently, in Madrid there was a Big Mac jigsaw puzzle which, of course, was a huge Big Mac. Manila received a tollbooth which offered free McDonald’s food to hungry drivers.

The products range in price from $50-$60. Thermals with Big Mac printed all over cost 495 Swedish Krona, the equivalent of $58.25 USD, Big Mac bedding is available for US$47 and the wallpaper costs $54. However, the rain boots and dog clothing have already been sold out.

The clothing line received mixed reviews as not all are crazy for McDonald’s latest stunt. A critic from the website Jezebel found the clothes outrageous and erratic because they were based on the uniforms of fast-food workers who are normally paid low wages.

Several McDonald’s fans from the United States attempted to order some Big Mac fashion products from the online Big Mac Shop, however their orders were quickly rejected. The shop will only deliver items in Sweden; no matter how many times a person tries to ship it overseas.

A McDonald spokesperson said that the Big Mac was the most popular burger in Sweden and also around the world. Every year millions of Big Macs are sold in Sweden and the burger has a lot of fans and hence the company decided to sell Big Mac items exclusively in their own web shop.

Anna Domanska
Anna Domanska is an Industry Leaders Magazine author possessing wide-range of knowledge for Business News. She is an avid reader and writer of Business and CEO Magazines and a rigorous follower of Business Leaders.
« Kraft, Heinz merger to create one of world’s largest food giant
Volvo plans $500 million U.S. plant to foster car sales »
Leave a Comment
Close