McDonald’s to open its first pure vegetarian outlet in India 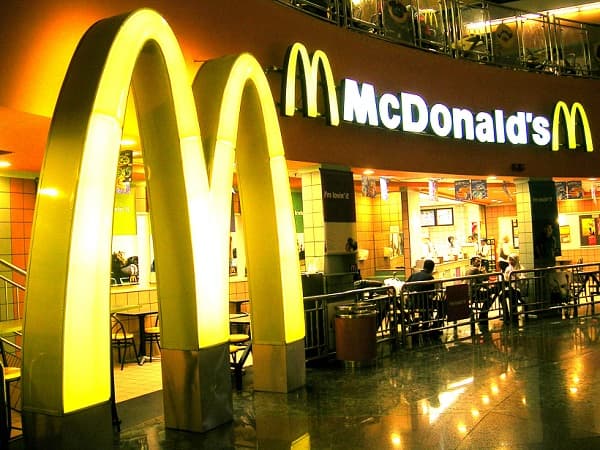 McDonald’s Corp., the world-known burger giant chain, has informed that it plans to open vegetarian-only restaurants in India in 2013. According to McDonald’s Corp.’s statement, religious pilgrims to two of India’s sacred spirituals sites will be able to eat at purely vegetarian McDonald’s in Amritsar, home to the Golden Temple, and the town of Katra as well. News sounds like an oxymoron!

McDonald’s adjusts to the culture

News is that McDonald’s Corp. plans to open its first purely vegetarian restaurants in the holy city of Amritsar, near Golden Temple, and the small town of Katra, near the mountain shrine of Vaishno Devi. However that should not be a big surprise! McDonald’s Corp., which is the most known fast-food giant in the world, has approximately 33,500 outlets in 119 countries where we can find plenty of local option of food next to typical McDonald’s meals.

The entire town of Katra and the zone around Golden Temple are purely vegetarian. Rejesh Maini, a spokesman for McDonald’s India, noted: “A vegetarian store makes absolute sense in the places which are famous as pilgrimage sites.”

But the McDonald’s plan to open purely vegetarian restaurants in India is not the first adjustment made by the company in the country. McDonald’s outlets in India have already excluded beef and pork from their menus, adjusting to religious beliefs of Hindus and Muslims. In addition, the McDonald’s cuisine in India has been also divided in vegetarian and non-vegetarian sections.  Since the grand opening of the first McDonald’s restaurant in India in 1996, the company has never served beef. The chain, however, struggles to find any tasty alternative to its known beef burgers. These days you can find in McDonald’s restaurants in India mainly chicken burgers. The fast-food giant created the menu of vegetarian meals, including the McVeggie, the McAloo Tikki and McSpicy Paneer.

McDonalds has roughly 270 outlets in India, however the company hopes it will double the number within next three years. It is noticeable that India is still a small market for the American giant, compared to a market in France where McDonald’s has about 1000 restaurants.  In addition, McDonald’s competitor, Yum Brands Inc., which owns, inter alia, KFC, Pizza Hut and Taco Bell, owns approximately about 480 restaurants in India.

The fast-food market in India is valued at $12 billion; however it is still dominated by local independents. So the expansion in India is worth the adjustment made by McDonald’s. Moreover India is the next emerging market to follow China and its growing consumer class tends to eat out more often.  It is a chance not only for McDonald’s itself, but also for other chains such as Yum Brands and other as well.

Anna Domanska
Anna Domanska is an Industry Leaders Magazine author possessing wide-range of knowledge for Business News. She is an avid reader and writer of Business and CEO Magazines and a rigorous follower of Business Leaders.
« Microblogging App eeWeibo Makes its Debut in China for Electronics Industry
Amazon Attempts to Take over Electronics Market with New Tablet »
Leave a Comment
Close