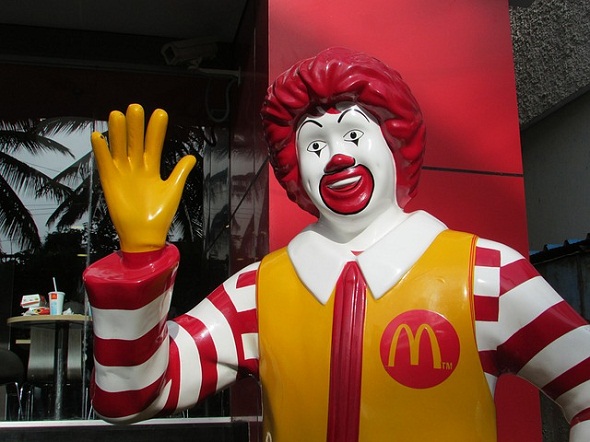 The sales have been particularly low in McDonald’s home market.

McDonald’s is set to unveil its much-anticipated turnaround strategy to revive its dwindling business on Monday.

After six straight quarters of same-store sales declines in the US, McDonald’s chief executive Steve Easterbrook has stepped in to take charge of the world’s biggest fast food chain. He is expected to provide a detailed view on his company’s strategies to resurrect the 60-year-old company which is rapidly losing customers.

The sales have been particularly low in McDonald’s home market, hobbled by tough competition. Last year the annual net income dropped 15% to $47 billion, the biggest decline since at least 2000.

Analysts and investors are optimistic about what Easterbrook has to say, besides the company’s plans to hike wages and eliminate some items from its menus. McDonald’s stock surged 3.1 per cent on the day the company announced that its CEO would make public the turnaround plans.

Easterbrook, who was appointed in March, said he had high expectations for the future of his company and efforts to revivify it. He also said that he would bring in changes that would turn McDonald’s into an enterprising and progressive company by finding different ways to challenge conventional thinking in various areas.

Analysts believe that Mr. Easterbrook will roll out a modernized version of his company’s 2003 plan which resulted in a series of accomplishments that bolstered the fast food giant’s performance as no other plan did before in its 60-year history.

Analysts speculate that the new plan will focus on improving efficiency such as cutting wait times, improving food quality as well as generating new strategies to boost shareholder value and increase revenue. On the whole they expect the CEO to focus more on bettering restaurant operations and less on restructuring the corporation.

Easterbrook said that the company would cut down antibiotic use in chicken in a couple of years time, increase wages in its U.S. locations, roll out an all-day breakfast and monitor consumers’ response, introduce new chicken and beef burgers, withdraw certain items that don’t sell that well, and shutdown around 700 locations worldwide.

The 2003, Plan to Win strategy was the work of three CEOs, prompted by McDonald’s first quarterly loss in its history. CEOs then acknowledged that the company focused more on opening new restaurants, rather than checking on the competition and improve the already existing ones.

Over the course of 2003 and 2004, McDonald’s somehow managed to successfully implement the new plan and in 2005 the company was financially back on track. Despite global economic slowdown in the following years, its shares’ price quadrupled.

Anna Domanska
Anna Domanska is an Industry Leaders Magazine author possessing wide-range of knowledge for Business News. She is an avid reader and writer of Business and CEO Magazines and a rigorous follower of Business Leaders.
« FoodPanda raises $100MN led by Goldman Sachs and Rocket Internet
Apple TV’s remote control will have a touchpad »
Leave a Comment
Close