McDonalds growth affected by the economy 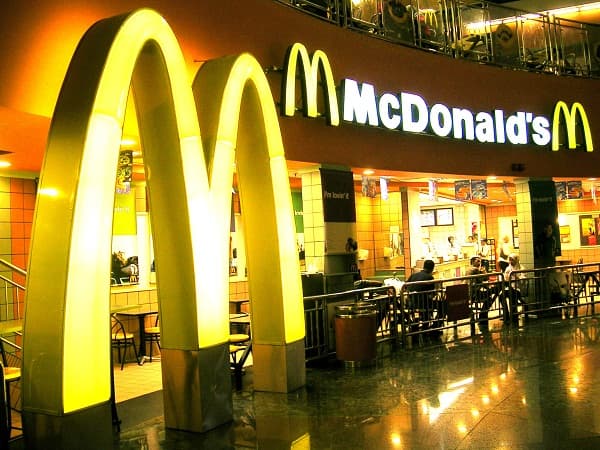 McDonald’s Corp. informed that its key revenue figures were flat in June. Worse financial results are due to rough economy. Investors are not used to weak financial figure of the company. However even for McDonald’s, which for years had been outperforming its rivals, a day came when the economy affected its sales. Actually sales dropped across all markets.

McDonald’s, the largest fast-food chained, has been known for the ability to increase its profit even in rough economy.  However, couple of weeks ago McDonald’s officials informed that the company was facing consumers confidence issues. It all started in Southern Europe, which had been most affected by the economic crisis; but consumers confidence issues became known world-wide.

Two weeks ago McDonald’s anticipated that its global same-stores sales would be positive in July; however, it would be below the second quarter’s rate of 3.7 percent. Sales at the company’s locations dropped 3.2 percent in July; analysts had predicted the increase of 2.3 percent for the global same-store sales. The last time the McDonald’s global sales figures dropped was in 2003, April. Since then the sale figured had increased every month.

Sale Drops in U.S. and Europe are unsetting. U.S sales dropped 0.1 percent compared to a 4.4 percent growth last year. In addition, European sales edged down 0.6 percent after a 5.3 percent growth a year ago. And even though McDonald’s increased its spending on promotion, it did not have expected results. Mathew DiFrisco, an analyst with Lazard Capital, highlighted the consequences of the sluggish economy in Europe and a recent slowdown in Asia.

According to another analyst, Sara Senatore with Bernstein, “McDonald’s may be under-performing the industry, which is not typical for them.” As it has been stated by her, Taco Bell is successful these days because of new hit, Doritos-flavored tacos. In addition, Wendy’s Co. and Burger King Worldwide Inc. have been updating their menus and starting to invest more in the marketing campaigns. However, McDonald’s last promotions did fail to increase growth in July.

A struggle for a growth

Jim Skinner is said to have been the one responsible for McDonald’s growth in rough economy. His decision as a CEO of the company to reinvent the most known burger chain, remodel location as well as add new menu option have been main reasons for out-pacing its rivals, Wendy’s and Burger King. Skinner’s decision to make healthy changes to the menu was an answer to the rise of chains such as Panera Bread or Chipotle.  Skinner stepped down from his office in June of 2012. According to Don Thompson, recently appointed Chief Executive of McDonald’s, the company will have to put more pressure on marketing and promoting its values. But that probably will not be enough.

Two tweets were posted using NFT artist Beeple’s account. The first one promoted an exclusive collection with Louis Vuitton. The second tweet announced that Beeple would soon rel
40 mins ago