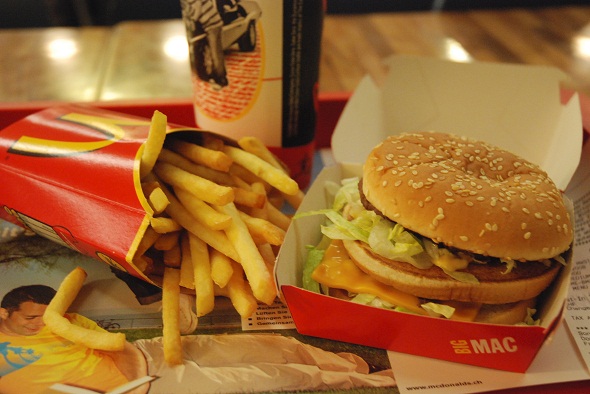 The potential menu change partly reflects how McDonald’s is working to maintain pace with shifting habits.

Fast-food giant McDonald’s is preparing to test out an all-day breakfast option in select locations in the San Diego area throughout the next month or two. That means Egg McMuffins and Hot Cakes will soon be available the entire day.

If the trial turns out successful, the fast food giant could expand it to more restaurants. At most locations, McDonald’s stops serving breakfast at 10:30 a.m. during weekdays or 11 a.m. on weekends.

The world’s largest restaurant chain said in a statement that the test is being carried out in response to consumers who have stated they would like to have breakfast foods even after the standard morning hours that they are served.

The trial will allow customers to buy Egg McMuffins, McGriddles, hash browns and other breakfast items beyond the typical breakfast hours, Lisa McComb, a spokeswoman for the Oak Brook, Illinois-based McDonald’s, said in an e-mailed statement.

McDonald lovers had for long wanted the option to get breakfast at McDonald’s after 10:30 a.m. However, offering both the breakfast and lunch menu had been considered logistically impossible because the kitchen grills aren’t big enough to handle both breakfast and lunch items at the same time.

McDonald’s prepares breakfast foods like eggs and sausages on its grills. In its website, the food giant said that it doesn’t serve breakfast all day because its grills can’t manage the entire menu options at one time.

Chief Executive Steve Easterbrook, who was appointed in March, has emphasized the need for change and to test with a varied range of measures to improve dwindling sales. Easterbrook aims to transform McDonald’s into a modern burger company.

The potential menu change partly reflects how McDonald’s is working to maintain pace with shifting habits. The global fast-food giant has noted that consumers are increasingly seeking out healthier meals and foods personalized to their tastes and schedules.

The breakfast outside normal hours aims to reignite McDonald’s several quarters of disappointing sales. In January, its global sales fell almost 2 percent, dragged by sales in China and Japan amid food safety scandals. In February, sales in its U.S. restaurants dropped to 4 percent from 2014. Earlier this month McDonald’s announced it will stop the use of antibiotics in its chicken products that can have an impact on human health.

On Monday McDonald’s said that it was a little too early to speculate on any outcomes from the trail.