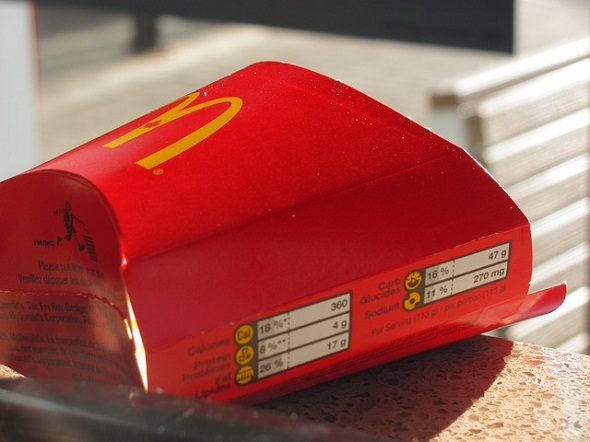 Beijing Simplot Food Processing said it acknowledged the decision and paid the penalty on schedule.

Citing the city’s environmental watchdog, the official Xinhua news agency said that the fine imposed against McDonald’s joint venture the largest ever meted out by the city of Beijing for pollution.

The penalty comes as China cracks down nationwide on water, air and soil pollution amid growing public discontent over health concerns.

A new law on environment, the first in 25 years was put into effect in January, imposing tougher penalties against polluters and pledging that violators will be publicly named. Earlier this month, it rolled out a 10-point plan to tackle water pollution. Beijing has sharply escalated fine levied on the discharge of major air and water pollutants.

According to latest studies, nearly two-thirds of China’s soil is estimated to be polluted, and that 60% of underground water is too adulterated to drink.

In November last year, officials discovered that a water quality indicator in Beijing Simplot Food Processing’s waste water was found to have levels of 563 mg per litre, exceeding the limit of 500 mg per litre prompting them to immediately block the sewage pipes and ordering it to treat the water at a processing plant.

The polluted water flowed into city pipe networks, the report said, citing the Fengtai District Environmental Protection Bureau. The penalty was decided after a hearing in March.

Beijing Simplot Food Processing said it acknowledged the decision and paid the penalty on schedule after having immediately cooperated with officials after the problem was discovered, according to a statement posted on its website on Wednesday.

In an e-mailed statement McDonald’s said that it took the contravention very seriously and would oversee Beijing Simplot’s compliance in the future. It said that the suppliers must adhere to all relevant local laws and regulations.

By the end of 2016, China will prohibit water-polluting paper mills, oil refineries, pesticide producers and other industrial plants as it moves to address severe air and water pollution.