There’s hardly anything that misses the watchful eye of the Federal Trade Commission (FTC). Not even McDonald’s (broken) McFlurry machine! According to a new report, the FTC has sent letters to McDonald’s franchisees seeking to know why those milkshake machines at McDonald’s are perpetually broken.

As the ceaseless roasting of McDonald’s ice cream machine on social media clues us in, the fast-food chain has struggled for years to keep its McFlurry machines working. There’s even an online tracker called McBroken which monitors McDonald’s ice cream machine outages across U.S. cities. Long story short, nobody remembers when was the last time they came home with a milkshake, a soft cone, or a McFlurry that came out of the hopelessly broken machine. 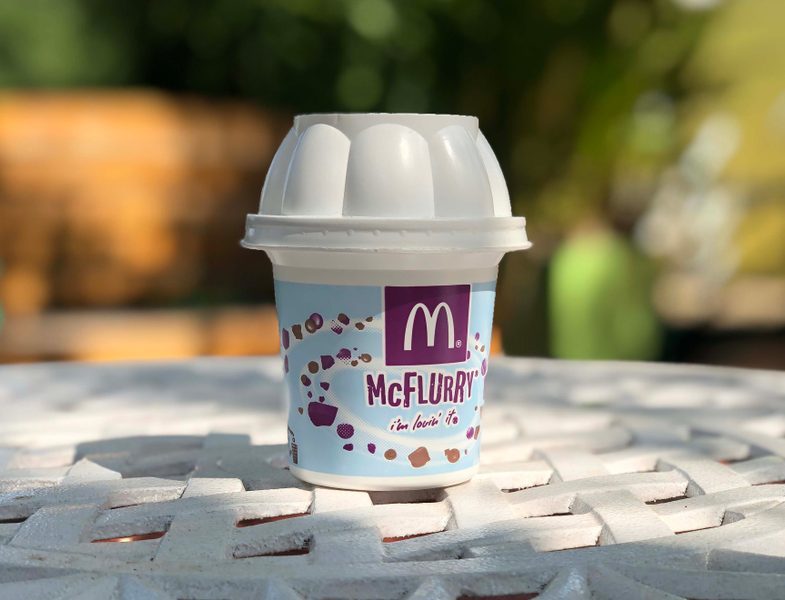 McFlurry machines account for 60% of sales of desserts at McDonald’s in the U.S., according to a consumer survey by Technomic, Inc. (Editorial credit: pancha.me / Shutterstock.com)

The FTC is of the opinion that McDonald’s broken McFlurry machine could be “potentially in violation of antitrust law.” This is a serious accusation on a harmless machine that is unable to load your hands with gooey, frozen treats.

Starting July 1, the U.S. government ordered the FTC to draft new rules in order to empower consumers as well as businesses to repair their devices on their own. A lawsuit was previously launched against McDonald’s alleging that the fast-food chain’s AI drive-through bot breaks the constitution’s biometric privacy law.

During the same month, the FTC voted unanimously in order to handle unlawful repair restrictions. As an old Vice article indicates, McDonald’s McFlurry machines are a nightmare to repair.

Taylor, the firm that makes them, is currently in the middle of a longstanding battle over measures that the company uses in order to prevent fast-food chains from being able to fix the machines on their own. Whenever a McDonald’s McFlurry machine is spazzed out, only an officially certified technician from Taylor is allowed to repair them and this usually prolongs from weeks to months.

Those wait times have increased during the Covid-19 pandemic. A federal judge recently sided with a company that produces a diagnostic kit that threatens Taylor’s monopoly on repairs.

As of now, the FTC has not launched an official probe into McDonald’s McFlurry machines. The federal agency gave a statement in the letter that was set out this summer, according to The Wall Street Journal.

The statement noted that a preliminary investigation does not indicate that the agency or its staff have found any wrongdoings. However, it still wants to know how often fast-food chain owners are allowed to work on the McFlurry machines that they already own.

Christy Gren
Christy Gren is an Industry Specialist Reporter at Industry Leaders Magazine she enjoys writing about Unicorns, Silicon Valley, Startups, Business Leaders and Innovators. Her articles provide an insight about the Power Players in the field of Technology, Auto, Manufacturing, and F&B.
« Qualities of a successful ‘Servant Leader’
The Economics of Digital Dating »
Leave a Comment
Close