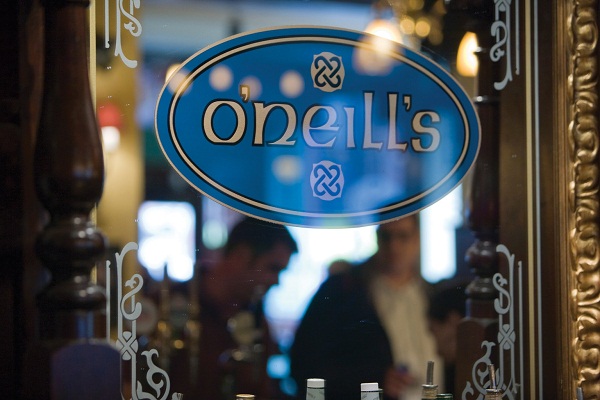 The long-awaited CEO of M&B

Mitchells & Butler, which owns, inter alia, the All Bar One, Harvester and O’Neills chains, has been run by Bob Ivell since October 2011. Mr. Ivell took over form interim chief executive Jeremy Blood, who had been a former executive at Scottish & Newcastle. Mr. Blood replaced Adam Fowle spproximately six months earlier.

After the long search Mitchells & Butler found Alistair Darby who agreed to become CEO of the FTSE 250 company from the start of October. Thus he decided to move from his role as chief operating officer of Marston’s. Alistair Darby is to take the responsibilities of CEO on 8th of October. Bob Ivell, after a short period of induction and handover, will go back to the role of non-executive chairman.

The owner of chains such as the All Bar One, Toby Carvery and O’Neill’s hopes that naming Alistair Darby CEO will bring back the stability to the company after Adam Fowle resigned as chief executive in March 2011. Mitchells & Butler, the owner of approximately 1,600 restaurants and pubs in the UK, had experienced several dozen boardroom changes in the last four years, including stepping down of aforementioned Adam Fowle and Jeremy Blood as well.

The nomination of Alistair Darby was received with a relief at Mitchells & Butler. Bob Ivell noted: “I am confident that we have secured the right person for the role and that drawing on his wealth of operational and brand experience, Alistair will contribute greatly to M&B’s continued strong performance.”

The appointment is expected to bring the long-awaited stabilization after turmoil at company, which rejected two takeover offers from Piedmont – M&B’s biggest shareholder with a 25 percent stake. It was Joe Lewis, the currency trader behind Piedmont, who persuaded M&B’s investors to fire the chairman in January 2010 and appoint four new directors, who were backed by him.

According to Alistair Darby, he had a talk with Joe Lewis, who congratulated him on his appointment as chief executive officer.

Alistair Darby has more than 20 years’ experience in the pubs, drinks and consumer sectors, including roles with Mars Confectionery, Wolverhampton and Dudley Breweries and United Distillers as well. In 2011 Mr. Darby was appointed as chief operating officer at Marston’s.  He had joined the company in 1997 and he worked in senior operational and strategic roles, including heading up company’s branded and suburban pubs. Then in 2003 he joined the Marston’s board and has acted as chief operating officer since 2011.

Yet Alistair Darby decided to move on and gain new experience in the pubs and restaurant group of Mitchells & Butler. He informed that he was excited to lead the company and hoped that he would build M&B’s strong estate, as well as brands and operations.