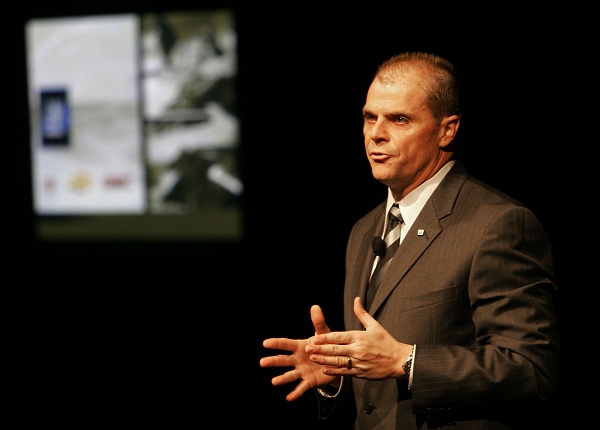 Mark LaNeve said in a statement given to an industrial magazine, “I regret having to leave Allstate since our strategy and hard work are beginning to pay off. I will be cheering as they continue to build on a fabulous franchise.”

The man who created a ‘Mark’

Apparently, this is more like a bolt from the blue as Mark LaNeve resigned, because many people think Allstate’s toggle from old ads that featured actor Dennis Haysbert to featuring Dean Winters as the darkly comic ‘Mayhem’ character was a stroke of genius. But the picture changes when you put everything together with two other pieces of information.

The Chicago Tribune, a business magazine said, “Allstate has been losing market share, and relations with increasing numbers of its agents are strained. To better compete in the online market for insurance, Allstate recently acquired Esurance for $1 billion.”

Chairman, President and Chief Executive Officer Thomas Wilson said in a memo to news agencies about the management changes that the chief marketing officer portion of Mark LaNeve’s responsibilities would definitely be filled in the future.

Thomas Wilson also announced Monday that the management is fetching in some leadership changes at top management level.  Matt Winter is named president for Allstate Auto, Home and Agencies, Don Civgin will be the new president of Allstate Financial, and Steve Shebik will take over to be the chief financial officer. Don Civgin is expected to carry on the good work of Matt Winter. Allstate financial has made significant progress over the past three years.

Mark LaNeve oversaw the creation of the ‘Mayhem’ character. Actor Dean Winters, who played the role of the darkly comic Mayhem character injected humor into a message that higher-priced insurance from Allstate was worth it because the company could be counted on to pay its claims, unlike ‘cut-rate’ online insurers.

Reason for the management shift

It is suspected that the management shift comes about as the number of select agents at Allstate is down. According to a document filed last week with the Securities and Exchange Commission, the market share for Allstate is falling. Associations with increasing numbers of its agents are edgy. Allstate recently acquired Esurance for $1 billion to compete in the online market for insurance,.

Mark Dwelle, an analyst with RBC Capital Markets said, “I would have thought that, being that they never replaced Mr. Lacher, that the senior-management group was already pretty stretched. It would seem like they could use a little more people, rather than keep just depleting the bench.”

Reacting to the changes taking place in the management, Wilson commented that the new structure influences Allstate’s strong leadership team, is consistent with our strategy of providing differentiated products and services for unique customer segments and would enhance focus on operating priorities of  the company this year.