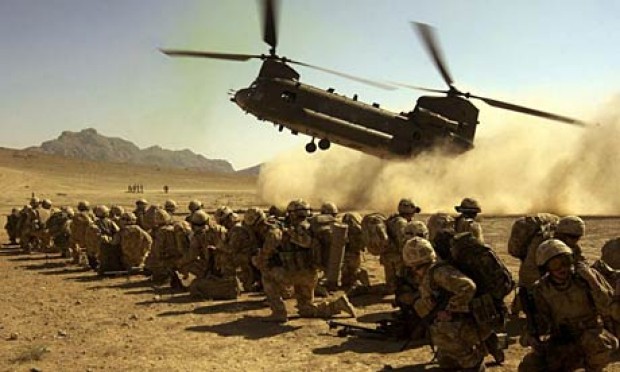 This would then constitute over a fifth of the total $14 trillion debt that is currently weighing down the American economy enough to make a U.S Government Shutdown almost happen.

So was leading America to its own bankruptcy Osama’s long-term goal?

According to Daveed Gartenstein-Ross, a leading counterterrorism expert, absolutely.

Osama’s take on the importance of the enemy’s economy

The single most important lesson Osama learnt from his skirmish with Russian forces in the 1987 Afghan-Soviet war? Never undermine the enemy’s economy. Not only were the Russian forces subject to a humiliating withdraw from Afghanistan, soon after, in 1991, the entire Soviet empire itself collapsed.

Like economist Ezra Klein wrote in The Seattle Times, Osama learnt two very important things from the Afghan-Soviet War “… (one) superpowers fall because their economies crumble, not because they’re beaten on the battlefield, (and two), superpowers are so allergic to losing that they will bankrupt themselves trying to conquer a mass of rocks and sand. This was Bin Laden’s plan for the United States, too.”

In statements released by the Al Qaeeda leader over the last decade, he often compared America with the Soviet Union. While to start with, Bin Laden believed the U.S to be a “paper tiger” who would not fight back, he soon realized that he was wrong, and took advantage of the fact that the U.S would go to enormous lengths to retaliate.  In a 2004 statement, Bin Laden likened the strategy followed by Afghanistan towards bankrupting the Soviet Union, saying that “We are continuing this policy in bleeding America to the point of bankruptcy”.

In another taped statement in 2007, Bin Laden said “The mistakes of Brezhnev are being repeated by Bush.”

According to estimates by Nobel prize-winning economist Joseph Stiglitz, the Iraq war is likely to have cost America over $3 trillion; Afghanistan another trillion or two.

And what about the overstuffed homeland-security arrangements which sometimes have pushed the bounds of civil liberty ? Another trillion more.

To add to all these, there’s the soaring oil prices, which at the very least, can be partially attributed to the war on Bin Laden’s network, and majorly to the Iraq war, a cut-down in interest rates by the Federal Reserve post-9/11 to somewhat balance a fear-induced-recession, the general slow-down in economy, rebuilding efforts, etc.

Sure, there was the grand vision of transforming the Middle-East, avenging the attacks on Americans, and re-establishing political balance, but at what cost?

A statement issued by the National Inflation Association says “if the U.S. experiences hyperinflation within the next few years, it will be what Bin Laden wanted. If the incomes and savings of Americans no longer have enough purchasing power to put food on the table and heat homes, many more Americans will die from hyperinflation than were killed on 9/11.”

When the U.S Navy Seals found and killed Bin Laden last Sunday night in Pakistan, an elated Obama said, “We got him”. And there was a frenzy of excitement, cheer, closure, elation.

But how many trillions of dollars did the U.S have to borrow and print over the last ten years on troops in Afghanistan, Iraq and homeland security?

Given that the American dollar has been, and continues to, crash to new all time lows as a consequence of the country’s enormous sovereign-debt and budget-deficits, added to the fact that according to the most conservative estimate, military spending has made up $3 trillion of this, “Osama, Master-mind Terrorist” or “Osama, Master-mind Bankrupter” ?

The U.S. Trade Representative on Thursday said that the Digital Service Taxes (DSTs) in Spain, Austria and the U.K. is unreasonable and disc...
8 hours ago