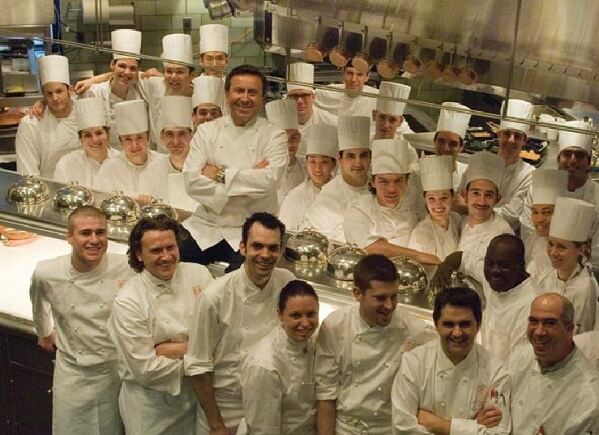 Café Boulud, another in the long line of accomplishments associated with Master chef Daniel Boulud, is going to serve Boulud’s trademark dishes, but with a more casual twist. Those in the know will be quick to draw comparisons with Daniel Boulud’s café in New York. The food at the Toronto outlet, however, is going to be simpler, more casual and more fun as described by the Master chef himself!

Daniel Boulud says that the menu at Café Boulud has been designed keeping Boulud’s days as a child in culinary wonderland France, as well as his experiences and learning over the last thirty years in America.

Those who have heard of the culinary maestro will not be surprised to hear that the Café Boulud opening with the Four Seasons Hotel Toronto will also be structured around Daniel Boulud’s trademark four themes. The four themes that the Master chef has come up with are: La Tradition, which explores the traditions and jewels of French cooking; Le Potager, which is based on the theme of a vegetable garden; La Saison, wherein the menu is prepared on the basis of seasonal foods available and finally; Le Voyage, which revolves around international cuisines collected from all around the world.

Daniel Boulud has also announced that the café will have an element of Mediterranean cooking as well, inspired by the olive-oil recipes of Greece, Spain, Italy, Cote d’Azur and more. However, the thrust of the menu is fixed on traditional French cooking, which finds its inspiration in the iconic elements of each season. Amidst all the swirling and mixing international flavors and French traditions, Master chef Daniel Boulud and his dream team also plan to adapt their cooking to meet the local preferences of Toronto’s residents.

Keeping in line with the standards of excellence associated with the Four Seasons Hotel Toronto as well as Daniel Boulud’s own restaurants, Café Boulud will offer patrons the finest wines to accompany the meals, ranging from every country to variety possible.

Christy Gren
Christy Gren is an Industry Specialist Reporter at Industry Leaders Magazine she enjoys writing about Unicorns, Silicon Valley, Startups, Business Leaders and Innovators. Her articles provide an insight about the Power Players in the field of Technology, Auto, Manufacturing, and F&B.
« Samsung Beats Apple in third sales quarter
Hybrid Vehicle Manufacturing on the Rise »
Leave a Comment
Close