Wood is back in fashion as construction material with architects and is increasingly being used to replace steel and concrete in buildings as a sustainable choice.

A new type of engineered wood known as mass timber, which is stronger than wood, is being used to construct buildings. Mass timber is prefabricated structural panels, beams, and posts that are glued together under pressure. The wooden grains of the panels are kept perpendicular to each other to give extra strength. These are known as cross-laminated timber or CLT. There is another mass timber known as nail laminated timber or NLT, where the wooden planks are placed at 90 degrees to each other and nailed together.

Architects and builders are touting the material as it is supposed to be fire-resistant, strong, and ecologically relevant. Using this material helps in sequestering the carbon that is released into the atmosphere with the mineral sourced construction material used. Wood has the added advantage of storing the carbon dioxide that the trees absorb from the atmosphere in their growth process. Additionally, compared to other construction material it is faster to build and economical.

Many believe CLT is the future of construction and mass timber the new steel. Advocates of the material say that steel and concrete constructions have an emission profile of 2000 metric tons of Co2. A mass timber building replaces this carbon-emitting structure and saves the Co2 from being released in the atmosphere.

Approximately, 11 percent of the global footprint can be attributed to construction material.  The urban population is increasing and it is believed that in the next 40 years nearly 2.5 trillion square feet of new construction will be needed to accommodate the needs of these masses, according to the 2017 Global Status Report published by the United Nations Environment Program.

In Europe, mass timber has been in use for the past twenty years. In the U.S. it is fast gaining traction with many buildings being constructed using the material.

In Biel, Switzerland, the Swatch Group has built three large timber building, said to be among the largest building projects in this material in the world.  Over 21 timber buildings are expected to be completed within the next year in Europe alone. Some will be over 164 feet tall. The world’s tallest mass-timber building is in Brumunddal, Norway. The 18-story Mjostarnet office and residential tower built by Voll Arkitekter stands at 280 feet.

Microsoft has used mass timber extensively in its Silicon Valley campus. Google’s sister concern, Sidewalk Labs, is planning a new waterfront district in Toronto made of wood. Many high-rise buildings made of mass timber are coming up all over the cities in the United States.

The demand for wood has led to many old and new sawmills and logging companies going into business in the old timber towns of the U.S.

Analysts call it a revolution in the construction industry, but how far is it going to bring positive changes is still debatable.

There are many skeptics who are not completely sold to the idea of the environment-friendly strong and fire-resistant timber mass.

There are reservations that the harm caused by the material far outstrip the benefits at the moment.

Firstly, there are concerns that the use of wood is not ecologically sustainable.

Also, the fact that mass timber uses smaller planks than traditional wooden structures has led to fears that the logging rotations will become shorter and trees will be cut faster.

They believe industrial forestry will get an incentive where large-scale fast-growing trees will be planted at the cost of others and may create a biological dessert. Already, the world is loosing many native varieties of tree species, this will add to the extinction of more.

There are also concerns about the life cycle of mass timber and how much carbon it can store and for how long. 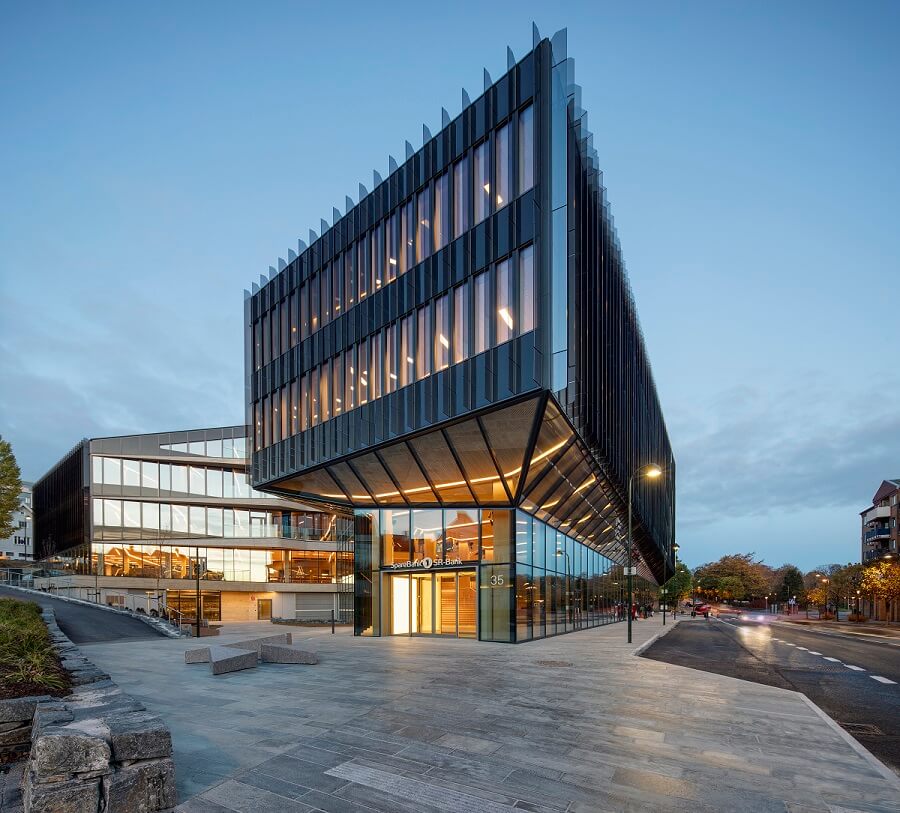 Beverly Law, a professor of ecological changes in climate at the Oregon State University, says no research has been done on how much carbon is emitted by mass timber production as it is very difficult to track the variables involved in the emission of CO2 in the forest ecosystem.

Her own study on Oregon forests found that Oregan’s wood product industries were responsible for the maximum Co2 emissions in the state.

There are also fears about the fire safety of mass timbers usage in high rise buildings. The recent Grenfell Tower fire tragedy in London, where mass timber was used on the outside of the building, has raised concerns. In fact, Britain passed a law restricting the usage of mass timber in house buildings beyond a certain height, after that.

The International Association of Fire Chiefs and the National Association of State Fire Marshals have both opposed the recent updates to the international building codes, which allow wood buildings of up to 270 feet tall, or the equivalent of about 18 stories, from 85 feet. They want additional testing both on strength and fire resistance of the material before allowing the material to be used in tall buildings. Many tests have been conducted by the United States Forest Service and the American Wood Council at the Bureau of Alcohol, Tobacco, Forearms and Explosives Fire Research Laboratory on the viability of mass timber. Its resistance to burning is relative to its thickness and the tests found that the wood material exceeded the requirements of building codes.

Mass timber proponents believe that it is the material for the future.  Addressing concerns of high building’ vulnerability to fire and other environmental factors, they advocate hybrid construction using steel and mass-timber both. Mass-timber buildings are energy efficient, they take less time to build as the material is prefabricated and can be built off-site to specifications, create less waste, and are architecturally attractive.

Mass timber supporters believe that the wood for the building can be sourced from sustainably harvested forests. Also, some form of certification can be introduced for the wood used in construction.

They believe that the mineral sourced materials being used today in construction, adding to the carbon emission in a big way, will not meet any climate objective. Mass timber will help in stopping the climate change rather than mitigating it.

Anna Domanska
Anna Domanska is an Industry Leaders Magazine author possessing wide-range of knowledge for Business News. She is an avid reader and writer of Business and CEO Magazines and a rigorous follower of Business Leaders.
« SpaceX and NASA Inflight Abort Test Delayed
10 Green-tech Startups of the Decade »
Leave a Comment
Close