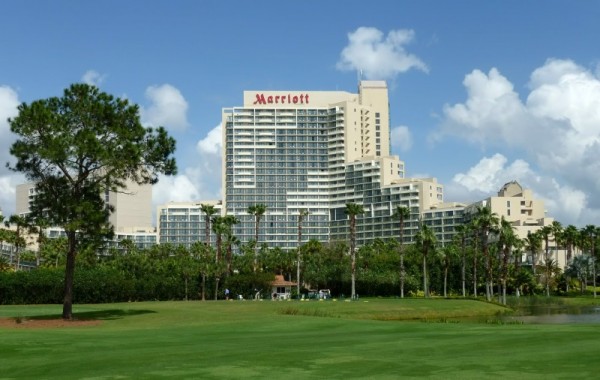 Hotel behemoth Marriott International announced Monday that it has agreed to buy rival chain Starwood Hotels & Resorts in a $12.2 billion deal that would create the world’s largest hotelier with top brands including Sheraton, Ritz Carlton, and the Autograph Collection.

The combined hotel company would own or franchise 5,500 properties and be the only company to have more than1.1 million rooms in more than 100 countries.

Marriott which is based in Bethesda has been zealously growing. In April, it acquired Canadian chain Delta Hotels and Resorts, helping it become the largest hotel company in Canada. The Marriott Starwood merger will most likely to start another round of hotel mergers.

The Marriott Starwood merger  is expected to close in the middle of 2016.

Hilton Worldwide, based in McLean, would be the next-largest hotel company with 4,500 properties, 731,000 rooms and $10.5 billion in annual revenue.

Like other hotel chains, Marriott International and Starwood Hotels & Resorts own very few independent hotels. They instead manage or franchise their brands to a huge number of individual owners, in most cases real estate development companies.

The Marriot Starwood merger will get Marriott International 30 brands and more leverage with corporate travel sectors who more often seek one hotel chain to house all of their employees. Starwood has a beloved frequent guest program with partnerships with American Express, Delta Air Lines, and Uber. Marriott has a much bigger program with partnerships with Chase and United Airlines. Marriott Rewards program has 54 million members while Starwood Preferred Guest has 21 million.

Earlier in April, Starwood said its board was exploring strategic options for the hotel company. Also, there was speculation about a potential deal with Holiday Inn owner Intercontinental Hotels Group and more recently Hyatt Hotels Corp. However in the end, it was Marriott who prevailed.

Marriott International also would expand its holdings outside the U.S., where Starwood has the strong international presence. Starwood has about half of its hotels, primarily in Europe and the Middle East. In the last few years, Starwood has made a strong push to grow in China, India, and the United Arab Emirates. On the other hand, Marriott has a well-established network of hotels including coverage of small towns and cities with its Fairfield Inn, Courtyard and Residence Inn brands.

The Marriott Starwood merger has been unanimously approved by the boards of both companies, which now has to be approved by investors in both hotel chains.

Marriott CEO Arne Sorenson will be president and CEO of the Marriott Starwood merger company and the headquarters will be in Bethesda. Following the closing, Marriott’s board of directors will increase from 11 to 14 members, with the expected addition of three members Starwood’s board.

Marriott said it intends to deliver at least $200 million in annual savings in the second full year after closing.

Two tweets were posted using NFT artist Beeple’s account. The first one promoted an exclusive collection with Louis Vuitton. The second tweet announced that Beeple would soon rel
10 hours ago

Microsoft’s corporate vice president of mixed reality, Jessica Hawk, recently told CNBC that the metaverse will change how people function across a variety of devices and platfor
12 hours ago