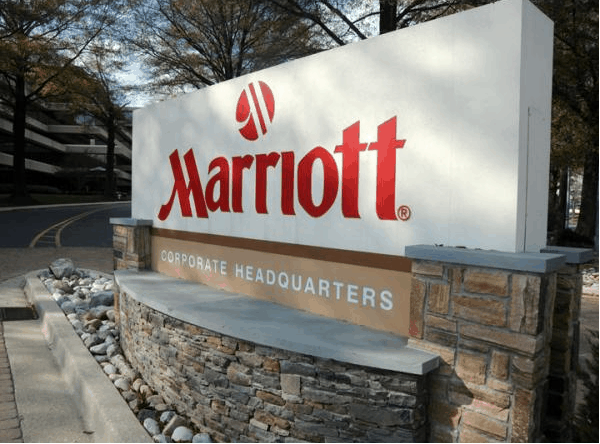 As it had been stated by Patrick Scholes, an analyst with Suntrust Robinson Humphrey Inc. in New York, the results were buoyed by demand for Marriott International’s high-end hotels in the U.S. Accordingly, revenue per available room at Marriott’s full- service and luxury hotels grew as much as 6.8 percent in North America, which is more than the 6.3 percent revPAR increase for hotels in that region.

However at the same time she emphasized the strengthening position of Marriot International Inc. in general. She noted: “Occupancies are finally back up. We’re approaching levels that we last saw in 2007.”

Yet the revenue for the third quarter dropped approximately 5 percent to $2.73 billion from $2.87 billion a year earlier.

The hotel chain giant expects earnings of 52 cent to 56 cent per share in the fourth quarter of the year. As for the next year’s results, Marriott International Inc. expects revenue per available room to increase 5 percent to 7 percent in the region of North America, while elsewhere to rise about 3 percent.

However Marriott International Inc. has become lately significantly dependent on international markets particularly China as new hotels in the U.S. have stalled construction. The hotel giant, however, noted slowing growth in some of its markets such as Europe, Asia as well as Latin America. Therefore, Marriott International Inc. has decided to extend some of its planned openings abroad in 2013. Yet the global economy has been slowing down and some analysts are asking whether the company will be able to keep its word and improve its earnings.

Anna Domanska
Anna Domanska is an Industry Leaders Magazine author possessing wide-range of knowledge for Business News. She is an avid reader and writer of Business and CEO Magazines and a rigorous follower of Business Leaders.
« Profitable printers of HP all set to buy time for Whitman
ECB Puts a Hold on the Rates of Interest »
Leave a Comment
Close