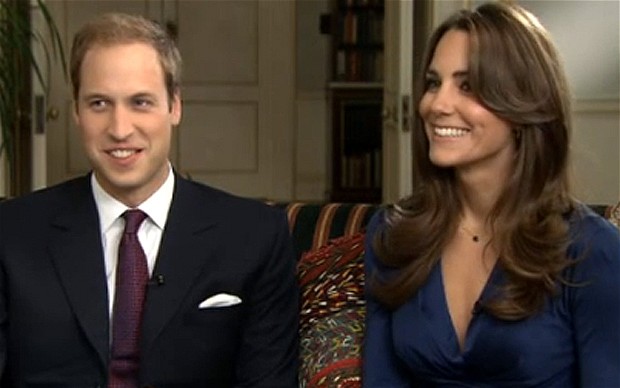 The wedding of the year is finally here! Prince William will finally tie the “Windsor Knot” with Kate Middleton, at Westminster Abbey, in the presence of 1,900 people.

And while the couple has been reportedly trying to keep their budget tight, cost estimates of the wedding hover at between $50million to $80million.

But given Britain’s current economic situation, a $70million long bill, for a wedding that will be attended by almost 2000 guests, still seems pretty stupendous. Putting this total cost in perspective, Chelsea Clinton’s wedding in June last year cost only around $5million, which was reported by a lot of top business magazines.

So what’s the split-up of the immediate costs related to this very wow-inspiring majestic marriage cost? How much of this are taxpayers going to pay for? And, which businesses are going to benefit the most from this shebang?

Constituting the largest portion of the total expense that will be incurred over the wedding, the security provisions made for this royal affair over-shadow even the $12million security put in place when the G20 protests took place in 2009 in London.

London police will accompany the bridal procession, and armed military personnel will escort the couple from the church service. Since this is a national holiday, officers will be paid double time.

According to Scotland Yard Deputy Commissioner, Sir Paul Stephenson, 5,000 police officers will be on patrol on the day of the wedding, alongwith about 200 mounted police and 35 sniffer dogs. And of course, with the day being a bank holiday, officers will be paid double time for being on duty.

This huge chunk of the wedding cost will be paid for by Britain’s taxpayers. And sure, Scotland Yard is going to be on their toes trying to secure every corner of London for the event, but they’re going to be that much richer for it also!

London-based designer Shane Connolly has been chosen by the royal couple for the floral displays for their April 29th wedding. Mr. Connolly is responsible for directing a team of florists, including those at Westminster Abbey and Buckingham Palace, as well as florists chosen individually by William and Kate, to create the floral displays at the venues related to the wedding events.

According to the royal wedding’s official website, “The floral displays in Westminster Abbey feature a variety of seasonal growing and cut British flowers and trees sourced from Royal Estates and other growers around the country. The flowers and plants include blossoms, azaleas, rhododendron, euphorbias, beech, wisteria and lilac.”

The website gives further details, saying “The floral displays in the Abbey will include eight 20 feet-high trees: six English Field Maple and two Hornbeam. All the trees will be growing in planters, which have also been designed by Mr. Connolly and which were made by craftsmen at Highgrove, The Prince of Wales’s Residence in Gloucestershire.”

A bridal gown becomes an heirloom in the most ordinary of families. So how could one not expect an over-the-top bridal dress for the lady who’s getting hitched to the Royal Prince?

With Kate Middleton’s wedding dress cost estimated at between $300,000 to $450,000, as opposed to the average U.S wedding dress cost of about $1,000, while the actual dress she will wear will be revealed only on the day of the wedding, it has been rumoured that Sophie Cranston of the Libélula label will be designing the dress. There have also been reports that more than one dress will be designed and kept ready for the wedding, in case any details get leaked.

All costs related to the outfits Kate will wear on her wedding day, including her 6-figure wedding dress, will be paid for by the Middletons.

Leicestershire-based cake designer Fiona Cairns, whose food articles have been published in a lot of food & beverages magazines, will create a multi-layered traditional fruit cake, decorated with cream and white icing, and following a strong British floral theme using elements of the Joseph Lambeth technique, for the royal wedding.

The prince and his betrothed chose Fiona for their special occasion because of her 25-year long experience, creative style and beautifully-crafted handmade cakes using traditional British ingredients.

Additionally, the couple has also asked McVitie’s Cake Company to create a chocolate biscuit cake – made from a Royal Family recipe, one of Prince Williams’ favourites – for the Buckingham Palace reception.

While the above components comprise some of the most significant chunks of the total expenses associated with the royal wedding, other components like accommodation for guests, music, food, etc., will run up pretty long bills too.

Reportedly, the Queen and Prince Charles will pay for the $600,000 luncheon reception and dinner reception, while taxpayers will shell out $63,000 for cleaning the streets of Westminster the day before the wedding.

Music played at the royal wedding will be recorded, and for the first time in history, be immediately released digitally by Decca Records.

The Choir of Westminster Abbey, The Chapel Royal Choir, The London Chamber Orchestra and The Fanfare Team from the Central Band of the Royal Air Force constitute the groups of musicians already confirmed to perform at the ceremony.

The Royal Wedding and Britain’s Economy

29th April, the day when Kate and William get married, will be declared a national holiday. And, according to estimates by the Confederation of British Industry, shutting down the British economy for 24 hours for the royal wedding will cost the country $6billion, constituting the biggest cost of the event.

With U.K facing a fiscal deficit of $256-billion this year, this extra $6billion is a very dear loss for the nation.

What’s worse, the wedding falls smack bang in the middle of a string of other holidays, leaving only three working days between April 22 and May 2. As a result, many businesses are likely to stay shut through the entire 10-day period, a string of lost productivity that could remove $47-billion from economic output, according to an estimate by accounting firm RSM Tenon.

There is one small compensation though, top business news reporters feel that Tourism and merchandise related to the royal wedding are likely to boost Britain’s economy by about $1billion.

For latest news stories one the businesses all over the world, please visit  Industry Leaders magazine daily and the advertising info can be found in our magazine advertising section.