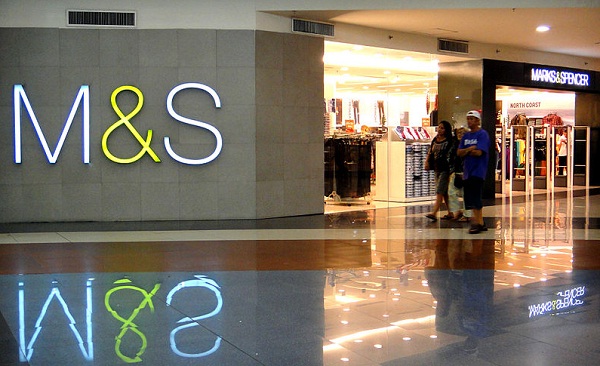 Surprisingly, Marks & Spencer Group Plc released its data on the quarter ended March showing that the company enjoyed the best quarterly sales in two years. However, the UK-based retailer witnessed a discouraging drop in clothing which was, however, offset by an outstanding jump in food sales.

According to the findings of the report issued on the 11th of April, Marks & Spencer saw its like-for-like UK sales jump around 0.6 percent in the three-month period ended March, compared with the same quarter a year ago. Surprisingly, it was the strongest quarterly growth recorded by the UK-based company in two years, not to mention that is was not expected by analysts.

The findings of the report showed that food revenue jumped as much as 4 percent, significantly exceeding the analysts’ projection of 2.5 percent growth. However, the company witnessed a 3.8 percent slump in its general merchandise sales in the fourth quarter of its fiscal year. What is interesting is the fact that still the weak accomplishment in this segment was slightly ahead of the analysts’ projection of a drop ranging from 4 percent to 6 percent.

Certainly, clothing is a chink in Marks & Spencer’s armor despite the fact that the group has been paying more attention to this sector. The fact is that Marks & Spencer has been taking many steps aimed at luring back customers to its stores. Even though the group has a market share of slightly more than 10 percent in the UK womenswear segment, it has been struggling for a long time as it cannot catch up with its rivals in the sector.

On the other hand, Marks & Spencer can glory in its results in food sales. According to the newest data, the food segment generates as much as 55 percent of M&S sales. Indeed, the food sales lured many customers in the quarter ended March as the period abounded with many occasions including Mother’s Day and Easter. But the fact is that Marks & Spencer is not involved in the so-called horsemeat scandal, thus British customers are keen on buying food from the company.

Bolland on the rescue mission

Marc Bolland has been chief executive officer at Marks & Spencer Group for more than two years and he still has time to show that his initiatives have been bringing good results for the UK-based company. However, after analyzing figures for the three-month period ended March, some may have a problem seeing where all improvements are. Of course, it is never easy to get a company out of problems… Marc Bolland is now much aware of all problems faced by the management team while trying to get M&S ducks in order. He underlined that he enjoyed the adventure with Marks & Spencer, adding that the autumn-winter collection might be a breakthrough in the clothing sector.

Analysts are now impatiently waiting for annual profits which are to be released in May. The one thing is sure that Marc Bolland is carefully watched by analysts and investors, and the annual profits and the autumn-winter collection might be a tough test for his management skills.

Two tweets were posted using NFT artist Beeple’s account. The first one promoted an exclusive collection with Louis Vuitton. The second tweet announced that Beeple would soon rel
15 mins ago