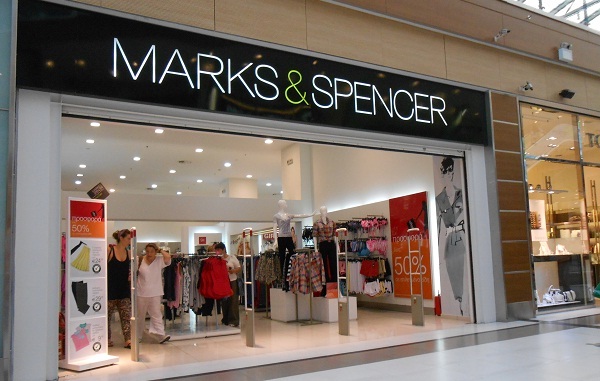 On the the 9th of January, retailer Marks & Spencer PLC posted its third quarter results few hours earlier than expected as its data had been leaked by unknown source. Data showed that Marks & Spencer saw a 3.8 percent decrease in non-food sales during the holiday shopping season. The drop in clothing sales was caused by fewer discounts in the period, according to analysts.

Marks & Spencer decided to issue almost one day earlier its results for the third quarter ended December 29 as trading data had been leaked to Sky News. According to released data, like-for-like sales in general merchandise, including clothing, footwear and homewares, decreased by approximately 3.8 percent in the Christmas season. The “clothing sales” in the period did not even meet with the most gloomy estimates of analysts. Marc Bolland, chief executive officer at Marks & Spencer, commented results by stating: “Our General Merchandise performance is not yet satisfactory but we are confident that the steps being taken by the new management team will address this.”

However Marks & Spencer saw like-for-like food sales grow about 0.3 percent in the period, which was also below analysts’ estimates. The company commented the food segment was performing “very well” in the Christmas period. Yet investors might be certainly disappointed with the 0.3 percent growth in food sales.

The truth is, however, that investors are more interested in clothing sales. And the 3.8 percent decrease in general merchandising is not optimistic and it is certainly not boosting investors’ mood after a 6.8 percent drop in the first quarter and a 1.8 percent fall in the second quarter. In addition, Marks & Spencer sales in clothing looked even weaker when compared to results from its biggest competitors, including Debenhams, Next and John Lewis. Not surprisingly, retailer Marks & Spencer pinned blame for its weak results on its rivals who discounted high-street items, thereby luring crowds of UK customers.

Because of the fact that the figures are worse than expected and investors are certainly strongly disturbed by Christmas sales, M&S CEO Marc Bolland will feel the mounting pressure on his back. Even for him the Christmas sales must have been disappointing as he has been the chief executive officer for almost three years.

Certainly reporting the results for the Christmas period even a day earlier have been received as some kind of hysteria on the company’s side. Yet M&S CEO Marc Bolland underlined that lawyers recommended it.

Having commented on unsatisfactory clothing sales, M&S CEO Marc Bolland said he was confident that all measures, which had been taken earlier by a new general merchandise management team, would certainly provide benefit in July.

So far there has been no visible improvement in Marks & Spencer operations; thereby calling into question Marc Bolland’s position as CEO. Yet Finance Director Alan Stewart has underlined that the board of directors and shareholders fully support him. Some analysts are convinced that Marc Bolland might lose his job in 2013 as his performance is not good enough.

Anna Domanska
Anna Domanska is an Industry Leaders Magazine author possessing wide-range of knowledge for Business News. She is an avid reader and writer of Business and CEO Magazines and a rigorous follower of Business Leaders.
« MGM China’s plan of new casino in Macau approved
Nokia back in the game as 4Q results top estimates »
Leave a Comment
Close