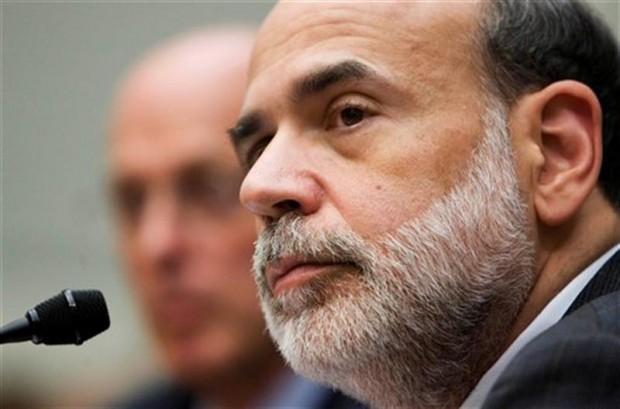 While forecasting a pick-up in the recovery of the U.S economy, Bernanke admitted that the current recovery pace was “frustratingly slow” and “uneven”.

Bernanke’s comments follow some very disappointing economic data released by the U.S Commerce Department and Labour Department in the recent past about the decline in consumer spending and high unemployment levels – which are at their highest this year.

Sparking off fears that the world economy might be faltering, Bernanke’s speech caused almost all Asian markets, including the Hang Seng, the Shanghai Composite, South Korea’s Kospi and Australia’s S&P/ASX 200, to fall, with European shares demonstrating a similar trend, falling for a sixth straight session.

Bernanke said in his speech that recovery of the U.S economy was clearly being restrained by high unemployment levels and inadequate growth in the housing market.

Speaking to a group of international bankers in Atlanta, Bernanke said, “The housing sector typically plays an important role in economic recoveries; the depressed state of housing in the United States is a big reason that the current recovery is less vigorous than we would like”.

“A number of indicators also suggest some loss in momentum in labour markets in recent weeks,” he added.

However, he also mentioned that some relief might be on its way, with an expected drop in petrol prices, as well as overcoming the manufacturing slowdown that had resulted from Japan’s earthquake and tsunami in Japan and the nuclear disaster that followed.

While not mentioning whether the Federal Reserve would pump more cash into the U.S economy, Bernanke said according to him, the solution to the current dilemma “lies in recognising that our nation’s fiscal problems are inherently long-term in nature. Consequently, the appropriate response is to move quickly to enact a credible, long-term plan for fiscal consolidation”.

Indicating that US interest rates would remain low for some time to come, Bernanke also suggested that the government’s $600bn “quantitative easing” (QE2) stimulus plan would run out this month as planned.

And though there had been speculation about whether the Federal Reserve Chairman might announce a further quantitative easing plan, post QE2, but this seems unlikely after Bernanke’s speech, which steered clear of any suggestions towards a third round of fiscal stimulus measures.

Persisting uncertainty in the Eurozone about whether further financial aid will be extended towards Greece by European policymakers continued to affect the Euro.

After seeing an increase of $2.30 on Tuesday, Brent crude fell by 0.4% to $116.36 a barrel. Oil prices will soon reflect the decisions that are taken in today’s OPEC meeting in Vienna.