Be a Business Wolf like Jordan Belfort, Lessons from The Wolf of Wall Street 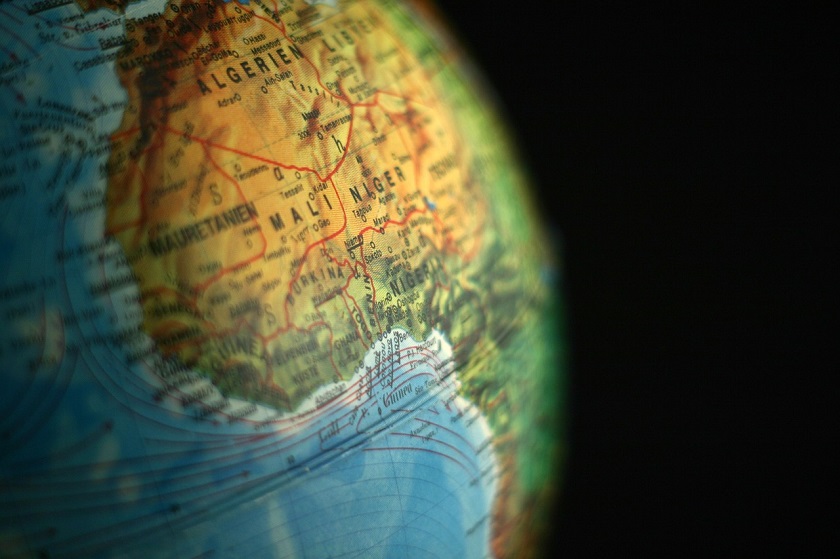 Multicultural businesses surely revolutionize the style and essence of business marketing. Some of the best multicultural brands in the world identify and capitalize upon the almightiness of culture and ethnicity in business. Especially, the modern multicultural marketing strategies, however, are blurring the lines in an effort to fascinate more consumers.

Many businesses use the same old and repetitive marketing messages to aim at others in the market, regardless of culture, race, and ethnicity. Although the introduction of the Internet and the “de rigueur” social media in the modern business have made it smoother to operate marketing, employing repetitive generic messages all the time, is significantly not a good approach. Individuals should always be marketed according to their beliefs and culture. This is the time when multicultural business arrives in our notice, which has been indeed, revolutionizing the style and essence of business marketing. Maybe it hasn’t surpassed the bars Internet has already set in business marketing, but the concept is turning out to be very significant and many marketers have willingly embraced it. Some of these include the market behemoths like Wal-Mart, AT&T, IBM, and much more. Better known as multicultural business or ethnic marketing, it refers to one or more individual from a particular ethnicity. Apparently, this new approach takes individual’s gender, norms, language, culture, traditions, age, religions, etc in consideration to persuade that individual to buy.

The concept of multicultural business is momentous as there is a huge fortuity cost to be borne by simply avoiding it. The end results can be reflected in a huge amount of loss in profits, because individuals may misinterpret marketing messages with advertisements. Additionally, individuals tend to stay rooted within their ethnic boundaries, their culture, norms, traditions; everything tends to persuade their buying habits. Ethnic marketing or multicultural business is very consequential and it is one of the ace factors, which will help ascertain marketing campaign’s success. While it is conspicuous that many of the giant enterprises use multicultural business aspects of marketing, and there are the organizations with ethnicity, which offer multicultural marketing services to numerous businesses, the smaller ones are not using such. Instead, they prefer going for the more one-size-fits-all generic approach, over a longer period of time, this approach cannot be regarded as sustainable.

When business alliances are seen as a set of collaborations; a brand new accentuation on relationship skills and practices makes a move to the forefront. Perhaps, all partnerships require scrupulous selection and heedful nurturing in order to produce the coveted outcomes. Where multicultural partnerships are concerned, they already compound a complicated set of alliances management outflows, not unlike the augmented intricacy of a multi-cultural marriage! Some of the American business leaders, fewer middle-level managers, and even technical employees have been exposed or trained to business practices and cultures outside North America. Substantially, we often combat a reluctance to identify that cultural influences have an enormous role in how others act and how we act in a business relationship. American’s ability to adapt, knowledge, understanding, and willingness to learn, trails behind competitors from Japan, the European Union, and developing countries like India and China. This results in a competitive issue.

The pace of variation affecting the American business is hastening, due to global sourcing of suppliers, operations, and markets. What used to be considered as “Globalization” significantly has embodied a broader scope of activities. Considerably, much of it was integrated more than a few years ago. If there is a shift underway, to be successful companies require proper functional tools to perform a proper task. Company’s toolbox must be updated primarily with two areas of focus. Organizations must consider moving themselves to one, which understands the ins and outs of the market and is very effective in the multicultural business world. This shift requires collaborating multicultural business training into relationship management skills and team building as a part of a development program. Anyone involved with the efforts of global sourcing requires receiving particular training crafted to enhance their ability to carry out multicultural business partnerships.

The multicultural debate has funneled on the assumptions that apparently, ethnic identity is the ultimate core to behaviors and attitudes of a consumer during commercial decisions. For example, being Asian is the most significant dimension for a customer purchasing “Two minutes stir fry noodles” or being Hispanic could be a dimension for a customer buying “Oreos”. With the help of sophisticated analysis and market tools, we understand the requirement of sub-segmentation of ethnic identity customers into varied specific groups. More civilized vs. less civilized, African American young influencers vs. Single head women of African American household, Mandarin vs. Cantonese, let alone Korean, Vietnamese, and Thai. For some people, this nuance is either a justification to sabotage multicultural marketing altogether, or as a too complicated matter to deal with. Market-leading enterprises like McDonalds have appointed this ideology by having the entire market filtered by Hispanic, Asian, and African American customer segment leaders.

According to the US census report, in 2010, 80% of entire growth of population in the US comes from Asians, Hispanics, and African American, with up to 54% of total growth coming from Hispanics.

Media targeting national minorities has detonated, from Telemundo, People en Espanol, BET, and Univision, to digital portals like AOL Latino and many more.

Multi-billion dollars enterprises such as Wells Fargo, Pepsi, P&G, Disney, Coke, Ford, and many others have amassed decades of experience in appealing ethnic consumers.

KFC (Kentucky Fried Chicken) has built a leading share of 40% in the Chinese market of fast food through persistently tailoring their product offering according to Chinese local tastes and by building a robust team consisting of local managers.

Various consumer-focused enterprises such as Starbucks and IKEA are following the footsteps of KFC, but the curve in the graph of learning is both long and steep, so far.

DLAtino is a Hispanic unit in Los Angeles, being built by Deutsch through poaching an executive creative director from Grupo Gallegos, an independent Hispanic Shop, and a partner. Juan Pablo Oubiña and Montse Barrena, born in Argentina and Spain respectively, a few months ago before the move, had only been working at ad agencies owned by U.S. Hispanics.

On the other hand, across town at their former agency, John Gallegos is proceeding in an entirely opposite direction. Recent hires in his company include British director, who joined through BBH London, Rachael Gilmour, and non-Hispanics Jennifer Mull, Chief Marketing Officer and Marty Orzio, Chief Creative Officer. These set of directors before joining the Grupo Gallegos group had only been working for general market agencies.

This story of two agencies accentuates a move many small stores are taking to thrive, or survive, in the ever changing, fast-paced market. The growth population in today’s time of multicultural and more influential Americans is too large for agencies in general market to avoid. The Spanish-dominant migrants, who used to be the main target of Hispanic agencies are consequently minimizing. According to these companies, it is no more about the English or Spanish or Asians. It is more about where they reach their customers, and where exactly the customers are utilizing their contents.

Deutsch explains that their main focus is towards introducing Hispanic while planning in every step. DLAtino, so far, has worked with some Deutsch clients. For a 7Up attempt, Hispanic millennials served as a target, which collaborated with 7 DJs at 7 events using electro dance music, last year. It is a type of music, which wasn’t particularly Hispanic, like merengue or salsa, but an over index amongst Hispanic millennials.

Grupo Gallegos, on the other hand wants to bring the best talent, who believe in embracing multicultural audiences to deliver the total market. Gallegos has been a key player for clients since a very longtime such as the California Milk Processor Board. “If you want Californians to drink more amount of milk, talk to Hispanic moms.” Gallegos thinks the entire race of senior marketers only care about actionable and fast-paced demographics for their business.

Traditional sales in the United States from the current population are having 17% Hispanics in general market over the top broad base. The other future based reports outline the fact that 89% of the growth in population comes from Hispanics from the age group 6-36 in 2014-2019.

The ever growing war for skills and talents across boundaries insinuates that national enterprises will need to pour in more efforts and ideas to appeal and maintain the most promising talents for the purpose of their surviving operations.

In order to build the translational and multicultural talent, executives and managers are required to structure programs within their organizations, which will expose their most promising talents to new cultures and geographies. Given the subjective challenges and contradictions of collecting up and shifting halfway round the globe, these programs may require to draw on models and new technologies, which will allow more pliability in cross-cultural partnerships.

Experts believe that although EV stocks initially benefited from the optimism prevalent in the market, supply chain issues and high prices have put a dampener on demand for electri
8 hours ago