Warning: preg_match(): Unknown modifier '/' in /home/customer/www/industryleadersmagazine.com/public_html/wp-includes/class-wp.php on line 233
 How Big Is The Market For Legal Pot! - Industry Leaders Magazine

Ready or not, with its legalization in several states and those old-school taboos surrounding weed being febrezed away, a massive dollar sign hangs above Marijuana industry as its potential growth projections outpace the smartphone industry.

In February, two marijuana analysis and investment firms co-released a summary of a report that confirms that there’s more underneath the glint of gold. In November, ArcView inked a deal with cannabis industry data analytics firm New Frontier to co-publish its comprehensive yearly report. Instead of simply focusing on recreational and medical sales, the report tracks a wide range of legal marijuana sales, including cannabis products sold through delivery services and medicinal weed “caregivers,” who can lawfully grow and distribute the drug. ArcView Market Research is a part of cannabis industry investor network ArcView Group, which provides the most-frequently cited figures and forecasts available for legal pot in the US. 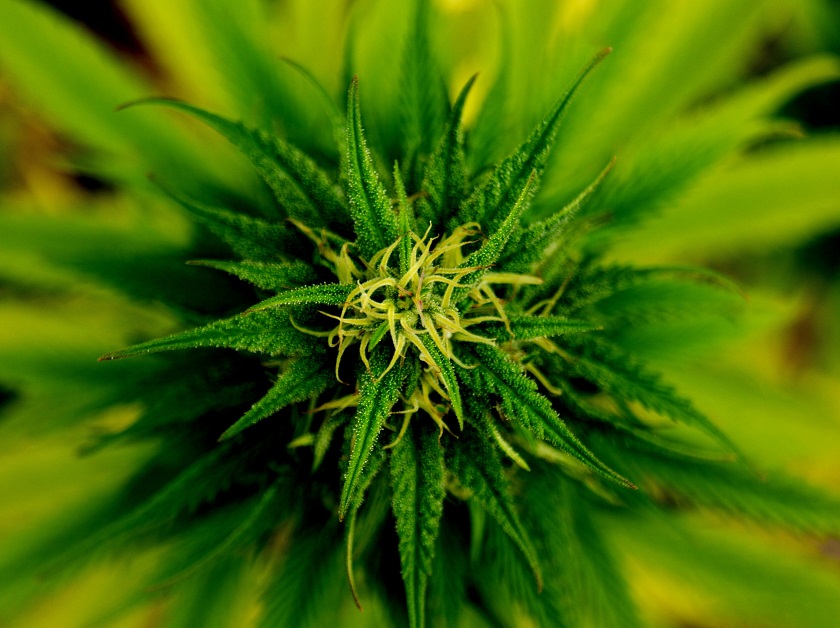 The industry has become a gold rush, and the promises are widespread and drawing the interest of the Wall Street. Analysts are assessing the stock market benefits of new businesses as pot goes corporate. Hedge funds are weighing the ethics of investing in marijuana. Derek Peterson, a former Wall Street banker, now leads listed cannabis company Terra Tech, which sells equipment for cannabis growers. Terra Tech specialized in growing conventional vegetables hydroponically – including marijuana. Now, the Wall Street investor is exploiting the expanding market by focusing on producing the drug itself.

Peterson, like many others, believes that the backdrop is encouraging. “You have economic leaders like Richard Branson coming out in favor of legalizing cannabis. It means that users are no longer seen as some loser sitting on a street corner.”

In spite of his company being the first pot producer to have Wall Street support, Peterson isn’t the only one of a number of cannabis entrepreneurs in the U.S.

Privateer Holdings, a convention equity group, recently teamed up with reggae icon and vehement anti-capitalist Bob Marley’s family to launch “Marley Natural” onto the market in states with legal pot in the US. The Seattle-based private equity firm has secured a 30-year licensing deal to develop weed-strains and hemp-based beauty products and accessories and appeared as a prominent player in the growing market after securing a $75 million funding last year.

Troy Dayton, chief executive officer of ArcView Group says the trend is likely to continue as an increasing number of publicly traded cannabis companies become profitable. “I think that we are going to see in 2016 this next wave of investors, the next wave of business operators, and people who’ve sort of been watching or dipping their toe in, really starting to swing for the fences and take it really seriously,” Dayton said in an interview.

“It certainly legitimizes cannabis in the financial capital of the world and that will get investors interested in the market most of all,” he renounces.

In May 2016, more than 3,000 high-profile industry executives and investors attended the Marijuana Business Conference and Expo in Orlando, Florida.

– Legality of cannabis by U.S. jurisdiction

Leslie Bocksor, billed as Warren Buffett of the marijuana industry, predicts a bright future for the pot business. “We are seeing ballot initiatives in California, Nevada, Massachusetts, Maine, and Arizona. It means we could see eight, nine, or 10 states with a substantial and robust legal framework for marijuana.” Even though the drug isn’t legalized on a federal level, the field remains clear for small enterprises. “It is going to be gigantic. It is one of the best investment opportunities for entrepreneurs we have ever seen.”

According to the ArcView/New Frontier report summary, nonmedicinal adult use of pot account for $998 million of the total sales in 205, a rise from $351 million in 2014. (Note: The estimates are based on state tax receipts and data on medical and recreational sales)

By 2020, legal market sales are forecast to be $21.8 billion. By comparison, this number could be bigger than the National Football League, which saw around $12 billion of revenue in 2015 and is aiming to reach $25 billion by 2027.

“With nearly a dozen states debating changes to their cannabis laws in the coming year, 2016 will be the tipping point in which a majority of U.S. states transition from cannabis prohibition to some form of regulated legal market,” said New Frontier CEO and Founder Giadha DeCarcer.

GreenWave Advisors in its latest annual report in November said that it estimates revenues to surge in 2017 and 2018. The report defined three types of legal marijuana use: medical use; adult recreational use; and medicinal use of a cannabis product from which the mix that gets a consumer high has been extracted. The “tipping point” would be in 2016, when a majority of states transition from cannabis decriminalization to a regulated legal pot market.

Part of the growth can be attributed to American’s shifting attitudes towards marijuana. A decade ago, only 36% of Americans supported legalization, compared to the 58% today, according to a Gallup poll. ArcView noted that the compound annual growth rate for marijuana sales including medicinal and recreational between 2014 and 2020 will be 30%.

Looking ahead, there is going to be more competition on price as newer businesses enter the market. There will also be an increased emphasis on protocols, compliance, and regulation.

Now it cannot be all rainbows and butterflies, right? The report noted that marijuana is the most energy intensive agriculture crop produced in the U.S. Since most marijuana is grown in indoors in basements and closets, the industry consumes %1 percent of the country’s electrical output at a cost of $6 billion annually. The report says that such unrestrained use of energy cannot be sustainable in the long term in the legal marijuana markets.

While the drug is still illegal on a federal level, several well-established medical pot markets like California account for the country’s legal marijuana sales.

The US Department of Justice (USDOJ) estimates that California produces 60% of the marijuana consumed in the United States. Assume a $6,000 per kg price, then wholesale marijuana sales in California total approximately $16.7 billion. These estimates suggest that marijuana is the largest cash crop in California, with the next largest commodity, milk and cream, securing $6.9 billion in wholesale sales (USDA 2012). Recreation pot sales are expected to surge the cannabis market’s increasing growth over the coming years. ArcView projects that adult-use marijuana sales will account for more than half of the overall market by 2020. It would represent growth of more than 1,150% for recreational sales over the next four years.

The jump in adult-use pot sales coincides with the first full year of recreational marijuana sales in Washington, which launched its legal recreational market in July 2014, as well as the beginning of legal pot sales in Oregon six months ago. Meanwhile, sales in Colorado topped $1 billion in 2015, the ArcView Group report noted.

Estimates show that the figure it up nearly 45% from about $700 million in 2014. The increase is primarily driven by recreational sales, which crossed $600 million, while medicinal sales came in above $400 million. In Colorado the number of licensed pot growers has grown to 11,289, a number slightly less than the number of auto mechanics in the state. If the numbers keep growing, Colorado would become a national powerhouse for marijuana production. The state boasts more than 200 recreational marijuana shops now, since the first dozen stores that opened in January. The state also reaped $135 million in marijuana taxes and licensing fee, a 77% increase from 2014. Meanwhile, Washington managed to reap $70 million in tax revenues in its first full year.

Those tax dollars have propelled seven more states to vote on approval of recreational marijuana this year. 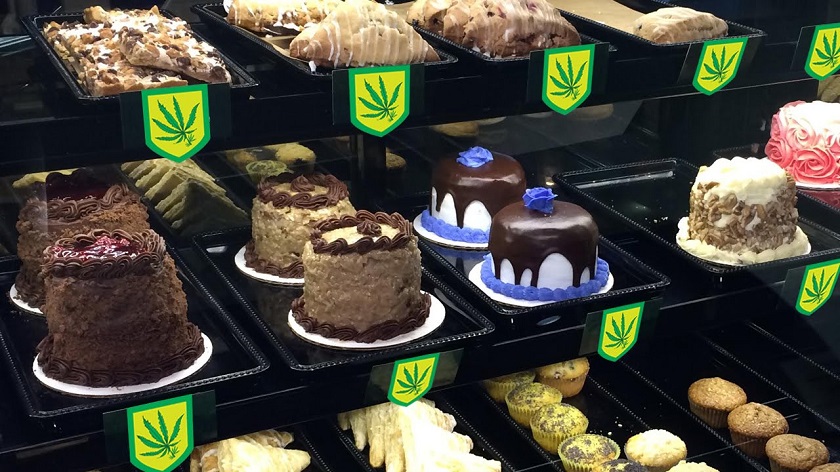 According to a study of demand for marijuana, it was found that tourists make up for 44% of sales of legal post in the US. In Washington State, the retail industry is much smaller, with only a dozen stores open so far, More than 300 licenses under state review and an outdoor growing season, along with tour companies and marijuana-friendly B&B joints have sprung up like a forest on fire to cater to the boundless ambitions the legalization offers.

In the Pacific Northwest, San Francisco, and Denver, marijuana brands are focusing on high-tech designs such as premium, organic strains, handcrafted, farm-to-table, local, hand-processed, no toxins, artisanal, fair-trade selection of cannabis chocolate, kombucha-esque beverages, and beauty products that retail as high as $400-$15,000.

The heavily regulated recreational program in Washington receives more than 7,000 applications, wherein many of those are would-be growers, retailers, and processors. They have to endure months of delay as state workers process and analyze the applicant list. This is partly because, the Securities and Exchange Commission has warned that loosened laws will create newer ways for fraud, as individuals and companies with shaky business plans and dubious assets.

Moreover, for businesses, getting brands in front of the public has been a challenge. There is a state-wide ban on television or billboard advertisements to directly market pot products. Facebook, Twitter, and Google refuse to accept marijuana ads on their websites.

As celebpreneurs flock across the country to help brands stand out with product endorsements as well as pot-related products of their own, there isn’t going to be much of a problem on promotional grounds. Miley Cyrus has blazed it on the stage several times. Mara Hoffman directly referenced cannabis in her Spring 2015 Ready-to-Wear collection with weed-esque print. For fashion designers, the biggest opportunity in this industry right now is vaporizers, as it’s already a billion-dollar industry because it’s an ancillary product and it’s safe for investors and fashion companies. For marijuana businesses that have dreams of mass market sales, “stylization” is the answer. Celebrities like Snoop Dogg, Willie Nelson, and Wiz Khalifa have lent their named to various weed-related lucrative ventures.

As voters in more states legalize the sale and possession of marijuana, the industry has gone from a black-market product grown in hidden facilities in cinder block buildings to a bonanza for cash-trapped states. Pot is no more a hobby. With a widespread cultural acceptance of weed, we wouldn’t be surprised if it’s called the economic miracle of the 21st century.

CO2 Inhaling Bacteria Is the Answer to Earth’s Environmental Woes!

Anna Domanska
Anna Domanska is an Industry Leaders Magazine author possessing wide-range of knowledge for Business News. She is an avid reader and writer of Business and CEO Magazines and a rigorous follower of Business Leaders.
« Asus Announces ZenFone 3 Series with Premium Deluxe and Ultra Models at Computex 2016
Saudi Uber Deal – Part of a Bigger Plan »
Leave a Comment
Close