Rich and Successful: The Age of Young Entrepreneurs

Facebook founder Mark Zuckerberg has seen the highest highs and weathered the disappointment of the lowest lows of the startup and tech game. The success of Facebook, launched in 2004, has allowed Zuckerberg to be the most powerful man on the planet. Facebook has over 1.65 billion active monthly users, with 17.93 billion total revenue just in 2015 alone.

For a baby-faced college drop-out, who once had “I’m a CEO, bitch” on his plainly designed card, the 32-year-old billionaire has come a long way – where usually, a lot of business leaders stumble. Take a look at 3 top pieces of top business advice from Mark Zuckerberg for young entrepreneurs. 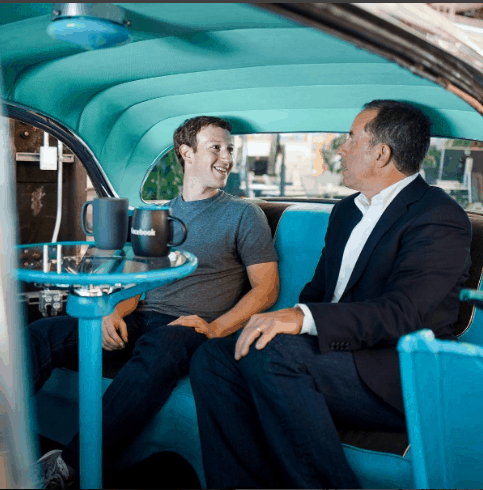 Facebook board members are specifically chosen for their compatibility with Mark and his vision. At Facebook’s annual shareholders meeting this morning, Zuckerberg regained control for a foreseeable future. So, even if the company issues more stock, Zuckerberg will have majority ownership.

Mark Zuckerberg faces criticism at every stage of his life, but he never takes it personally. This is the same business advice he likes to give to young entrepreneurs. During Net Neutrality, Zuckerberg’s Internet.org was called an unethical initiative by many.

Instead, he chose to hit back at all the criticisms by saying, “Over the past week in India, there has been a lot written about Internet.org and Net neutrality. I would like to share my position on these topics. By partnering with mobile operators and governments in different countries, Internet.org offers free access in local languages to basic internet services in areas like jobs, health, education and messaging. It lowers the cost of accessing the internet and raises the awareness of the internet’s value. It helps include everyone in the world’s opportunity. We support net neutrality, we want to keep the internet open. It ensures network operators don’t discriminate by limiting access to services you want to you.”

Mark Zuckerberg’s top business advice is “Move fast and break things”. It means, if you are not making any mistakes, you are not moving fast enough. What people initially perceived as mistakes turned out to be a billion dollar idea – a social network that would one day connect the whole world.

Zuckerberg wrote in his letter to shareholders:

“Moving fast enables us to build more things and learn faster. However, as most companies grow, they slow down too much because they’re more afraid of making mistakes than they are of losing opportunities by moving too slowly. We have a saying: “Move fast and break things.” The idea is that if you never break anything, you’re probably not moving fast enough.”

The Covid-19 pandemic ravaging the world for more than a year has forced companies and organizations to find viable solutions to keep the business going. Most found a solution in w
32 mins ago