Facebook on Wednesday revealed the total number of users affected by the Cambridge Analytica scandal. Prior to today, it was believed that the UK based research company gained access to 50 million Facebook user profiles. Now, Mark Zuckerberg says it could be up to 87 million.

During Mark Zuckerberg’s first appearance post the privacy breach issue, he informed about 270,000 users downloaded the ‘thisisyourdigitallife’ app. For the full understanding of the crisis, Facebook computed the maximum possible friends each user (who downloaded the app) possessed when the app was active. The official statistics revealed that 87 million profiles were shared on Aleksandr Kogan’s app. It is higher than 50 million users, as previously quoted by New York Times, Guardian and The Observer. During the recent hard Q&A session with the press, Zuckerberg claimed 87 million is the maximum number of affected users in Cambridge Analytica scandal out of which 82 percent belong to the US.

Cambridge Analytica straight away tweeted that it has licensed data of 30 million people from Global Science Research (GSR), Kogan’s company. And it reiterated that all the 30 million account information is deleted from its database and it has no link with the figure, 87 million.

The social media giant, Facebook is now reviewing, updating and fortifying its privacy policies on a daily basis. From April 9th, the company has revised the user accessibility to privacy tools. 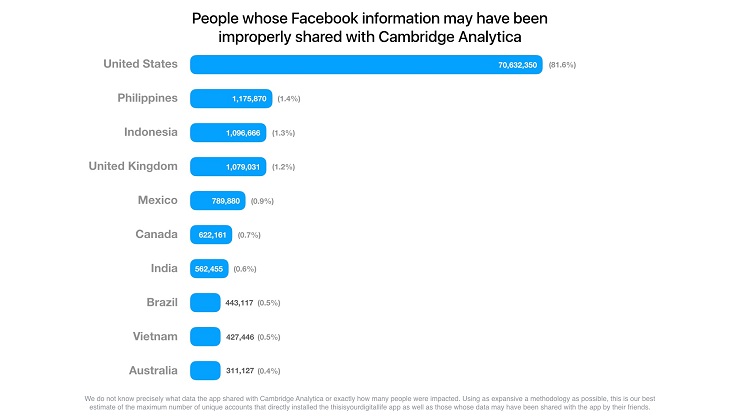 With the objective of protecting people’s information, the social networking site has broadened the scope of improvement at every frontier. On Wednesday, Mike Schroepfer, Chief Technology Officer (CTO), revealed nine changes made to restrict data access on Facebook. Now Facebook will filter information available on Events API, Groups API, and Pages API. It has limited the permission to view other members’ information such as names, profile photos and comments even if they are the part of the same event/group/page. Few amendments are made to Facebook Login, Call and Text History Data Providers, Partner Categories App Controls and Instagram Platform API.

A major modification has been done to Search and Account Recovery. Earlier people could search each other with the help of contact numbers and e-mail addresses. However, during the refinement of data security, Facebook analyzed that this feature is subjected to maximum abuse by bad actors. Given the seriousness of the current situation, Schroepfer confessed that it is possible that most of the community members (which accounts for 2.2 billion) public information has been compromised. The feature was on by default setting previously and now the company has disabled it completely.

Further, Zuckerberg will testify before two Senate panels namely, the Senate Judiciary Committee and the Senate Commerce, Science, and Transportation Committee on the coming Tuesday, April 10. Additionally, on 11th April he is scheduled to testify before a congressional committee, House Energy and Commerce. The agenda for all the public testimonies is to throw light on sensitive consumer data privacy issues and have citizens better understand the usage of their personal information online. 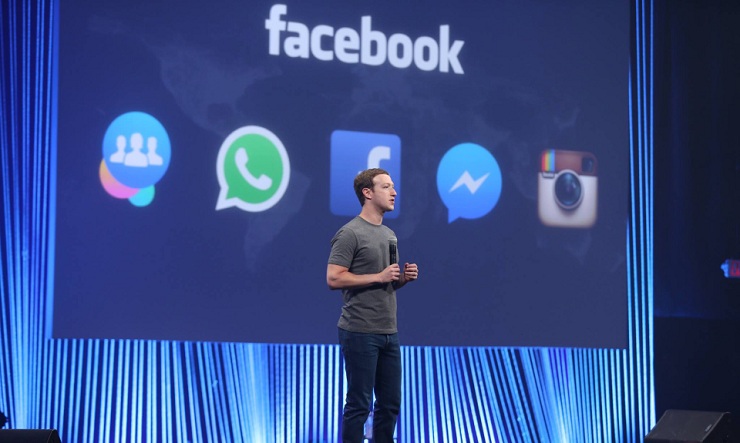 Mark Zuckerberg kicked off F8 2015 and highlighted three themes: Putting people first, giving people more options to connect through the Facebook family of apps, and previewing the future of sharing.

“We appreciate Mr. Zuckerberg’s willingness to testify before the committee, and we look forward to him answering our questions on April 11th,” cited committee chairman Greg Walden, R-Ore., and ranking member Frank Pallone, Jr., D-NJ.