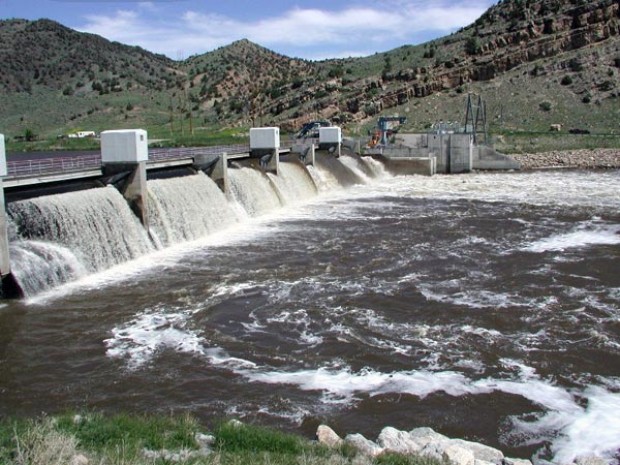 Marelli Motori says the time and energy it has invested in the African market in the last few years is starting to pay off.  The global Italian generator giant’s regional manager for Africa, Dean Pratt:  “During the past three years we have invested a lot of time and energy in growing the Marelli Motori brand into the African market and we offer this market more value for money”.

Worldwide, Marelli Motori delivers over 160,000 motors and 20,000 generators annually with a total power in excess of 3GW.  The hydropower market is a strategic growing segment for the company with over 600 installed units thus far.  Part of this strategy is its continued involvement in the annual Hydropower Africa event, taking place again in Johannesburg in September this year.

Marelli’s Dean Pratt says there is great potential for hydropower in Africa, particularly in

Dean Pratt says some of Marelli Motor’s successes in power projects on the continent include:

b)    Hydroelectric water plant at Kapanga-Musumba_(DRC):  “We supplied a 225kW, 400v, 8 pole (750rpm) hydropower generator during early 2010. This has been successfully installed and running without any hitches.”

c) Marupupele_(Botswana): “We will be supplying a 1500kva, 11000v generator. This is the first time that the Marelli South African office will be involved in supply and commissioning of a 11kv generator.”

d) Exxaro Grootegeluk (South Africa):  “We supplied a 3000kva, 6600v generator. This was coupled to 20 valve MTU engine. This was just about the biggest motivator ever built word wide. This has been successfully load tested and commissioned.”

According to Marelli’s Regional Manager Africa, power projects on the continent pose many challenges, “but there is also huge potential as so much needs to be done.”  He continues:  “there are massive power shortages but this offers an opportunity for Marelli Motori to do business here.  There is always a risk when it comes to financing projects as government or donor money is not always available which puts an extra burden on projects getting delayed or scrapped.  The hydroelectric water plant at Kapanga-Musumba is a case in point.”

Dean Pratt believes the secret of Marelli’s success since its inception in 1891 in Italy is “continuous development, investments in both equipment and people, training on new technologies, global vision, flexibility and customer focus.”  The company was named “Rolls-Royce Supplier of the Year” for 2010 as a key supplier of electric motors and generators for the marine sector.

Says Dean Pratt:  “as part of its commitment to its customers Marelli Motori has in place a global support structure through the Marelli Motori sales, service and distribution offices located in: Italy, Great Britain, Germany, Malaysia, U.S.A., and South Africa.  From these international locations Marelli Motori qualified personnel can travel to all parts of the world in response to its customers’ needs.”

The complete interview with Dean Pratt is available on www.hydropowerafrica.com