Making a Beeline for Volkswagen’s all new more-macho 2012 Beetle? 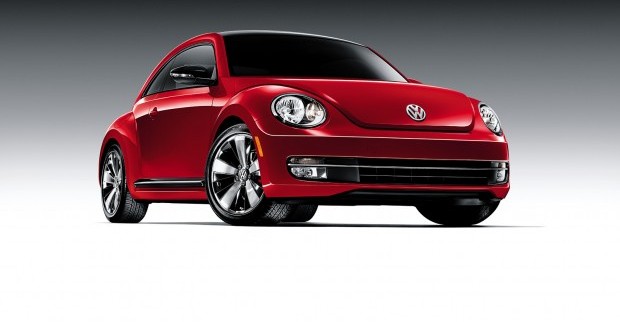 Volkswagen’s iconic Beetle, revamped to be more appealing to the market of male car buyers, takes on an all-new look with a slicker, less curvy body.

A Beetle losing its curves ? How’s that going to work out ?

Officially unveiled in New York on Monday, Volkswagen’s 2012 Beetle – after the 1998 Beetle, VW chooses to call this one simply the 21st century Beetle – has been designed to re-establish its popularity with men, which was lost to quite an extent when the New Beetle, with the flower vase, was launched by VW in 1998.

A flatter roof, a less voluptuous body and more angular windows, constitute the Beetle’s first overhaul in 14 years, and have been made in line with VW’s vision of trebling its U.S. sales of cars and trucks over the next ten years.

The Beetle over the years…

First introduced in 1938, Volkswagen’s signature small car soon became a hippie favourite, especially in the U.S, given its low cost and anachronistic looks.

When Disney’s “The Love Bug” came out in 1968, Herbie, the Beetle with a heart of gold, won millions of smiles and reinforced its popularity as a comfortable, powerful, economy car which refused to tow the line with the other mammoth cars being produced at the time.

However, soon after, once Japanese and U.S car-makers started recognizing the value in coming out with models in the small-car segment, the original Beetle started suffering sales setbacks. In 1979, Volkswagen stopped selling the original Beetle in America.

Then, in 1998, VW came out with a super-cute, more-rounded New Beetle, and women all over fell in love with it. Some estimates say that in 2010, women constituted 61% of total buyers of the New Beetle. So popular was the New Beetle, that soon after it was released, it overtook bestsellers like the Ford Focus and the Chevrolet Impala. 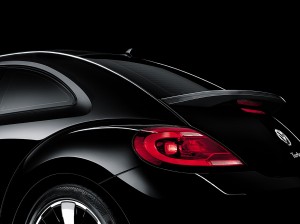 The 21st century Beetle's rear: gone are the circular tail lights; the windows are narrower and sharper

So what role is the 2012 male Beetle likely to play in the ‘history of Beetles’? Each of the previous versions had distinctly novel features about their looks – the original version was the Baby Boomers’ favourite coupe, the 1998 New Beetle became an iconic chick car.

How about VW’s new 2012 revamped Beetle?

Klaus Bischoff, Volkswagen’s design brand chief says “The Beetle is now characterized by a clean, self-confident and dominant sportiness… We wanted the vehicle to be more sporty, dynamic and masculine.” And hence, hopefully re-capture the market of male buyers.

71.2 inches wide and 168.4 inches long, the 2012 Beetle is bigger, equipped for the first time with an auto start system, 19-inch wheels, sport seats and an 80% larger panoramic roof as compared to the previous model.

With the diesel version promising an efficiency of 40 miles per gallon, and the gas version offering 10% higher fuel efficiency, are likely to work to the new Beetle’s advantage in terms of fuel efficiency. On the other hand, cars like the Mini Cooper and the Fiat 500, which were not being sold in the U.S when the New Beetle was introduced in 1998, now constitute stiff competition for VW’s newest addition in the small car segment.

Given the 82% decline in the Beetle’s 2011 sales in the U.S over the first quarter, despite a 15% rise in overall VW sales, a lot is being expected of the new 2012 version. How much the new car will cost is yet to be announced.