What Makes Delta Airlines One of the Most Admired Companies in the World?

In 2017, Fortune ranked Delta among world’s leading brands as well as the world’s Most Admired Airline. As a matter of fact, it is landing on the list for the sixth time in the past seven years.

The Atlanta-based airlines plunged into a bankruptcy in September 2005, with cash running low and most assets hocked, largely exemplified due to the errors made by then-Chief Executive Leo F.Mullin. The financial woes were sown from paying top pilots a record-breaking $300,000 a year, while it struggled to compete with low-cost, low-fare carriers like JetBlue and Southwest Airlines. Less than four years after it was left on life support, it re-emerged on lists for customer affinity and best places to work. 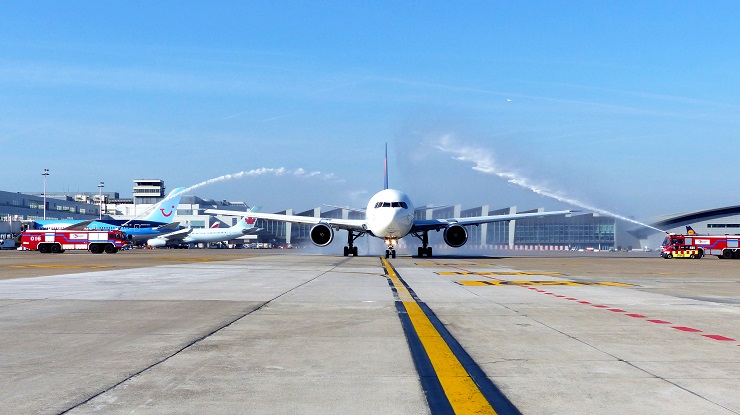 “There were periods when Delta could have been just 24 hours from disappearing. If the pilots had walked out, I’m not sure we could have pulled through,” recalled President Ed H. Bastian during an interview with Bloomberg.

At one point in time, the carrier had to fight hedge fund managers pushing for a sale or breakup, and later a hostile bid from US Airways.

How Delta Built A Powerhouse

On the path to recovery was a willingness on part of the management and employees to make sacrifices. Bankruptcy became a huge part of the management process. Stockholders were wiped out. Pensions had been abandoned. Flight attendants worked tirelessly to the new rules. Pilots were being squeezed for more flight time. Aircraft orders were canceled. Terminal leases remain unpaid. Contracts with suppliers were annulled.

When Director Gerald Grinstein stepped in as CEO in 2004, he convinced pilots to bear deep cuts, while reducing his own salary by 25 percent. He persuaded a group of creditors and suppliers, including Boeing, Coca-Cola, and Pratt & Whitney that they’d lose big unless the US Airways merger was thwarted.

After the bankruptcy, Delta spent millions to rebuilt employee morale, flying in over 40,000 if its employees for a series of events meant for team-building. Delta Airlines wanted the employees to know that they followed through on everything they promised.

While at the same time, Delta recruited Glen W. Hauenstein to move the carrier into under-served markets like Tel Aviv, Nice, France; ad Kiev, Uktraine. Additionally, Hauenstein retrofitted existing carriers with wingless to reduce drag and save fuel. Today, international routes represent 38% of all Delta flights, compared to only 20 percent in 2005.

In 2008, Delta CEO Richard H. Anderson engineered a merger with Northwest Airlines. The result: expansion across Asia; in addition to the setup of 27 internal committees that built a paternalistic culture. In Addition, Delta made substantial changes to ensure employees were happy by creating a rational, controversial-free induction process.

Today, analysts view Delta Airlines as the country’s top performing major carrier. It boasts the most profitable international routes, the strongest balance sheet, and the best prospects for future profitability.

The carrier landed on Glassdoor’s list of Best Places to Work in 2016 and 2017. In December, the Human Rights Campaign Foundation named the carrier a Best Place to Work for LGBT equality.

Anna Domanska
Anna Domanska is an Industry Leaders Magazine author possessing wide-range of knowledge for Business News. She is an avid reader and writer of Business and CEO Magazines and a rigorous follower of Business Leaders.
« Epicenter Creates Cyborg Employees by Microchip Implantation
California to Levy Taxes on Electric Vehicles by 2020 instead of Granting Incentives »
Leave a Comment
Close