Makerbot products will be able to 3D print objects with metal, limestone and wood 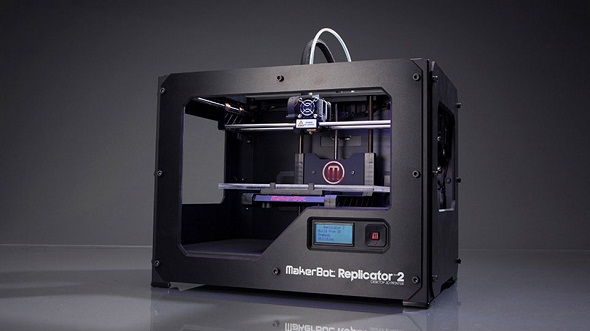 Makerbot will also release the MakerBot Kit for MODO 801, a new 3D workflow system designed in partnership with a software company, The Foundry.

MakerBot, a global leader in the desktop 3D printing industry made 3D printed products a novelty in 2014. Now the consumer 3D printer company is about to go a long way toward turning the tech into something consumers can actually use.

At the Consumer Electronics Show (CES) in Las Vegas, MakerBot announced that late this year its products will be able to 3D print objects with a range of new materials, including composites of limestone, metal and wood which will work with fifth-generation MakerBot Replicator printers. To coincide with the new materials, the company also rolled out their Smart Extruder, which can be swapped out easily to print with a range of materials.

“CES 2015 is different for us in that we are purposefully not introducing new 3D printers at CES this year. Instead, we are focusing our efforts on creating the most comprehensive MakerBot 3D ecosystem to support our customers,” said Jenny Lawton, CEO of MakerBot, in a press release.

At the start of the first official day of CES, the company also announced a number of new services. MakerBot 3D Professional Services will provide design services, consulting, education, 3D printed products software applications to companies, organizations and educational institutions interested in consolidating the technology into their curriculum. MakerBot experts will be available for these services.

Beginning 2015, MakerBot will unveil Mobile True Remote Printing and Monitoring, which allows complete control and monitoring of 3D printing on a Replicator from anywhere through a Wi-Fi or cell network. The company will also release the MakerBot Kit for MODO 801, a new 3D workflow system designed in partnership with a software company, The Foundry. It will make use of MakerBot’s open API to completely merge with Thingiverse, MakerBot’s open source design community so that 3D designs can be made on MODO 801 and uploaded easily to the site.

Last year, MakerBot began selling its 3D printers in some Home Depot stores in the US, announced the release of the MakerBot Mini costing around $1375, and started opening Innovation Centers, complete with scanners and printers, in various universities to promote digital design courses. MakerBot Replicator 3D Printers and the MakerBot Digitizer Desktop 3D Scanners are currently available in more than 500 retail stores all through the US and Europe.

At the CES, the company also showed off ways several organizations are combining 3D printing into their lifestyles. General Electric’s FirstBuild, a microfactory situated on the University of Louisville’s campus in Louisville, Kentucky uses 3D printing to transform traditional design and manufacturing processes.

“We know there is a lot of hype around 3D printing,” Lawton said in the statement. “At CES, we want to ground the hype and showcase how educators, businesses and real users have incorporated MakerBot 3D printing into their daily work and lives.”