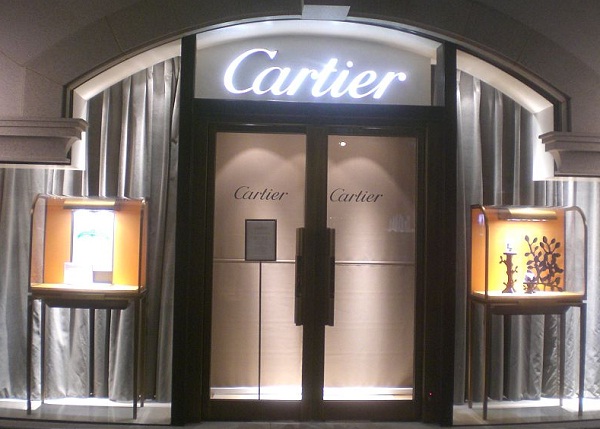 The maker of Cartier jewelry Richemont SA posted its third quarter results showing that sales in the period grew by approximately 5 percent at constant exchange rates and about 9 percent at actual rates. The Geneva-based company saw satisfying growth in the Americas, but witnessed lower growth rate in other regions, including the Asia-Pacific region. In particular, the rate of China’s sales slackened as demand for luxury goods dropped in the world’s second economy.

On the 21st of January, the maker of Cartier jewelry Richemont SA published its results for the third quarter ended December 2012. As a result, shares of Geneva-based Richemont SA, which is the world’s second largest luxury goods company, decreased more than 6 percent in early trading.

According to the company’s announcement, Richemont SA sales increased roughly 5 percent at constant exchange rates in the third quarter to slightly over €2.85, missing the analysts’ estimate of 7.6 percent. In addition, the maker of Cartier jewelry informed that the rate of wholesale growth declined to approximately 2 percent, compared to 8 percent growth in the second quarter. The results were visibly weaker due to the fact that retailers in the Asia Pacific region and, in particular, China became more cautious. Data showed that the company’s Asia Pacific revenue remained unchanged at constant exchange rates.  Analysts note that these results indicate the current weakness of the luxury segment in the world’s second economy.

However, the maker of Cartier jewelry Richemont SA saw its sales in the Americas jump as much as 18 percent to approximately €450 million, while its sales rose about 13 percent at constant exchange rates. As for the Old Continent, the Geneva-based luxury goods company informed that its sales in Europe climbed about 11 percent to more than €1 billion. As it was underlined by the maker of Cartier jewelry Richemont SA, its European performance was acceptable.

The Geneva-based also stressed that shops launches helped its retail sales but growth slowed down to 9 percent, compared to 15 percent in the first six months of the year, as retail partners were more cautious and the Asia Pacific region was not as favorable to high-end sales as it used to be.

Analysts note that demand in China slowed down in the last six months of 2012 as the country was awaiting the leadership transition in the ruling Communist Party, however they underline that everything indicates that the world’s second economy will see an increase in demand for luxury goods in the near future due to the Chinese New Year celebrations. Therefore experts are strongly convinced that the the high-end companies will record strong results in the first quarter of 2013.

Despite the optimistic estimates, the maker of Cartier jewelry Richemont SA has mixed feelings about its performance in 2013 in the Asia Pacific region. The uncertainty is, without a doubt, increasing especially taking into consideration the fact that Chinese customers comprise approximately 25 percent of global high-end spending, according to HSBC Global research survey.